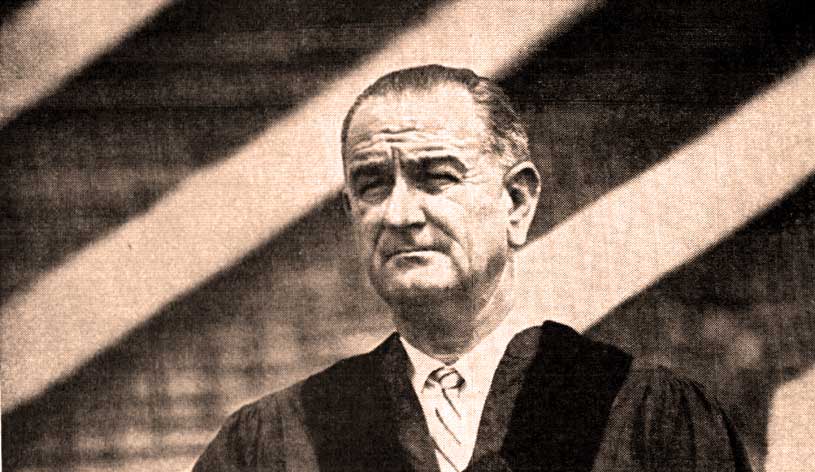 Trying to ease the tension at least somewhere.

LBJ – Trying to ease the tension at least somewhere.

In the midst of Cold War tensions moving out of center stage (it was an election year, after all), and a spirit of negotiations taking shape, President Johnson abruptly announced on January 21st, 1964 a set of proposals, as a new series of disarmament talks would be getting underway in Geneva. As a counter proposal to Khruschev’s proposal of New Year’s Day, Johnson offered his own set of solutions.

Here is that announcement, as it was broadcast in a special announcement from the White House on January 21, 1964.