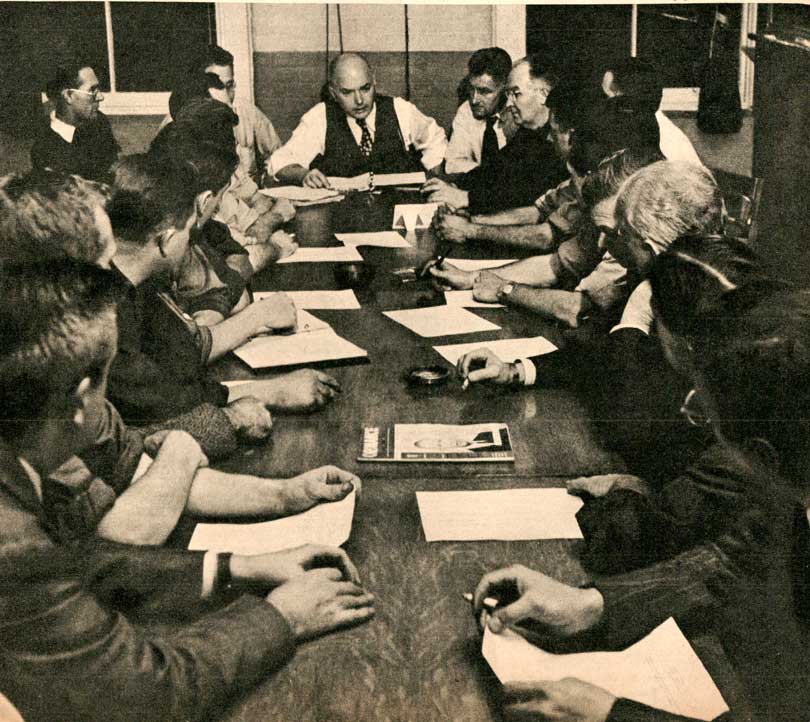 With those tell-tale words: "We love you guys, but we have to let you go".

With those tell-tale words: “We love you guys, but we have to let you go”.

In this almost constant state of corporate mergers, leveraged buyouts and hostile takeovers, it’s hard to imagine there was a time this was all considered unusual. But in 1955, there was a rash of mergers going on, primarily in the Auto Industry. Many felt it was a way of competing with General Motors, who was considered the behemoth at the time. It’s interesting to consider the topic of Corporate Mergers was something that guaranteed intense scrutiny on the parts of the Federal Trade Commission. Yes, there was a time the FTC and the Anti-Trust division of The Justice Department had spines and had convictions and were really looking out for the welfare of the American people – all of them, not just the minute percentage who went on binges to become the most bloated entities in business. There was legitimate concern.

And so this program, part of The American Forum series of radio broadcasts, set up a question and answer session between a member of the FTC and a member of the Anti-Trust Division and the audience, to find out just how helpful or harmful these mergers were.

And almost 60 years later, merger mania goes unabated. The agencies set out to protect against fraud, anti-trust and questionable business practices appear to be thoothless – rendered impotent by those lobbies intent on destroying the fragile fabric of free enterprise.

So here is what it sounded like in 1955, when it was all new and alarming and filled with questions.