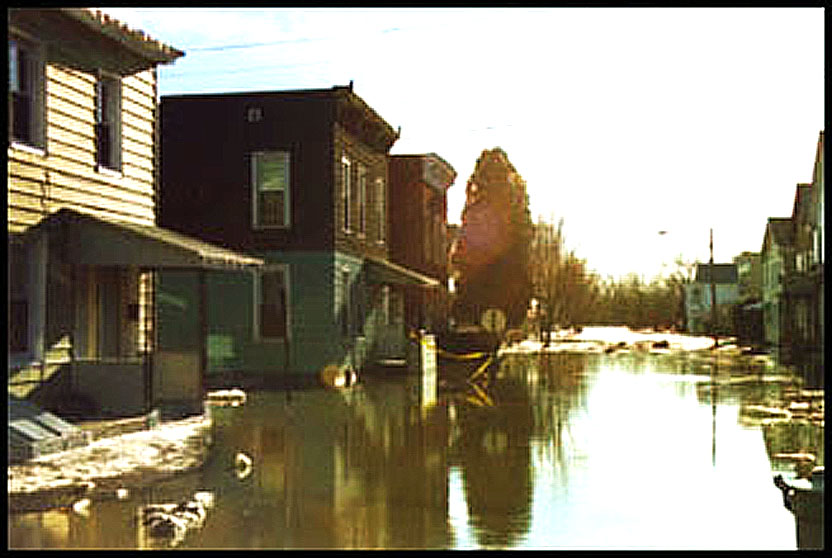 Knee-deep in just about everything.

Knee-deep in just about everything.

A day of digging out if you were on the East Coast, this January 22nd in 1996. Hot on the heels of the Blizzard of ’96 came the Floods of ’96. In this case, the floods left some 27 dead and oceans of mud and debris. The hits, they just kept on a-comin’. And in no time at all, the talk of recovery turned into a political squabble, with Pennsylvania governor Tom Ridge lambasting the Clinton White House for giving aid to only 6 of the 58 Pennsylvania area affected by the flooding.

And if that wasn’t bad enough, nearly a million gallons of crude oil were leaking from a barge off the Rhode Island coast. So far, the spill affected some 10,000 lobsters and hundreds of birds, while efforts to contain the spill and the 12-mile oil slick were proving difficult with rough seas hampering efforts.

Jurors in the O.J. Simpson Wrongful Death case were going to hear the first of several days of  sworn testimony of the murders from O.J. himself.

Russian President Boris Yeltsin said it was more than likely he would be seeking a second term as President. But said he would make it official in February.

It was the 23rd anniversary of the landmark Roe v. Wade decision on this day – and the event was marked with demonstrations on both sides of the issue. Sure to make it a yearly event.

All that and The Golden Globes too, for this January 22, 1996 as presented by The CBS World News Roundup.