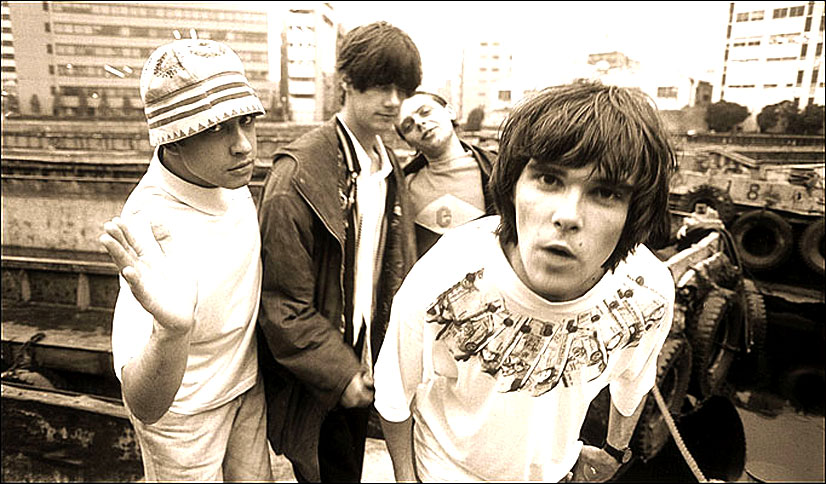 Made Madchester a Household name.

Stone Roses In Concert – 1995 – Nights At The Roundtable: Mini-Concert Edition

Made Madchester a Household name.

Taking a brief stop in the 90s tonight with a concert by The Stone Roses, recorded live at the Town & Country in 1995, by the venerable and always there – all the time BBC Radio for their In Concert series.

One of the cornerstones in what was generally referred to as the Madchester Scene, The Stone Roses came to epitomize that quasi-retro/neo-psych/indie/alternative sound that originated in Manchester in the late 1980s and became a full-on genre by 1990.

Hampered by legal hassles which cost them much valuable time and exposure, The Stone Roses were overtaken in the popularity sweepstakes by upstarts Oasis and Blur. But it was always The Stone Roses, and many of the bands from that period, which were to define an era and a genre of music.

As a taste of what they were up to in 1995, crank this one up, turn off the phone and give it a listen.

Good times had by all. Good vibes enjoyed by those who were there.