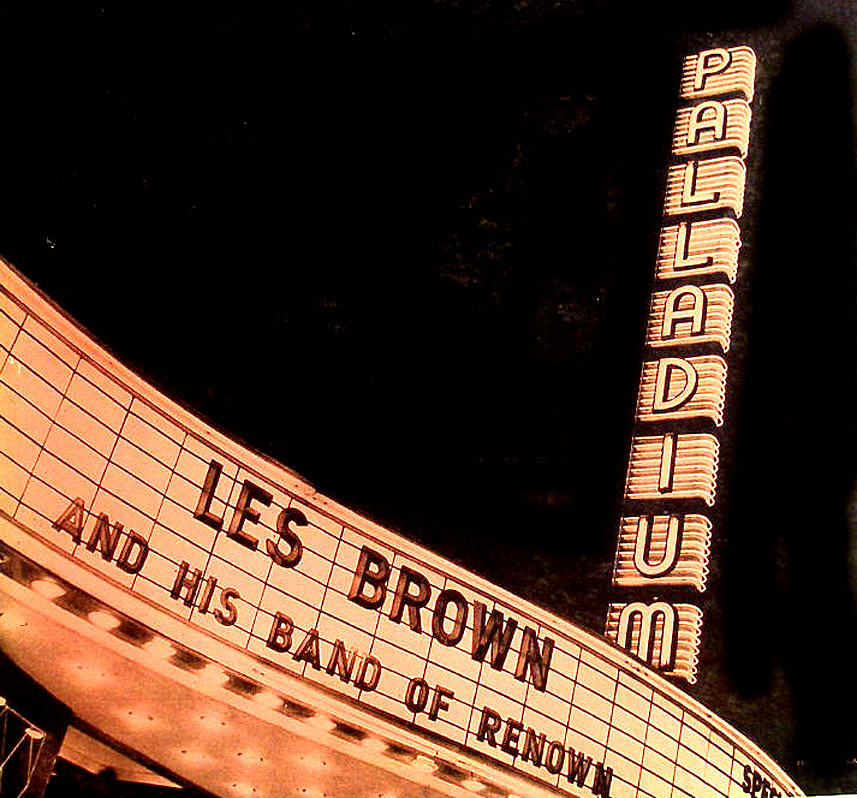 Before it exploded, Jazz was primarily about Big Bands, and Big Bands were all about Dancing.

Les Brown – Live From The Hollywood Palladium – 1953 – Past Daily Downbeat

Before it exploded, Jazz was primarily about Big Bands, and Big Bands were all about Dancing.

By the 1950s, the era of the Big Band was heading into the sunset. Musical tastes were about to get a radical shift, and Jazz became a thing of small groups, music-not-for-dancing and economic change. Keeping a Big Band together was expensive – and venues were closing at a rapid pace. People were staying home to watch TV. It was no longer economically feasible to keep 15-20 musicians on a payroll because there just wasn’t that much work for more than a scant few bands by this time. For a while, Big Band was the sole property of those vested in Nostalgia, a reminder of other times – and that audience was shrinking.

One of the few bands to weather the storms of economy and taste during that period of transition, was Les Brown (and His Band Of Renown) – who managed to combine the traditional ensemble, so closely associated with the classic Big Band era, with some of the newer elements and arrangements, like Stan Kenton, and kept a happy medium going for much of the decade. It also helped there was plenty of TV and recording work to go around.

It would be easy to dismiss Les Brown as a faded and quaint relic from a bygone past. But in truth, it was bands like Les Brown’s who provided the groundwork and solid training for many talented musicians to get started. A lot of noted Jazz musicians got their starts in the ranks of the likes of Les Brown.

With that in mind, here is a set via the All-Star Parade of Bands series from NBC Radio featuring Les Brown and His Band of Renown, live from The Hollywood Palladium – originally broadcast on October 12, 1953.