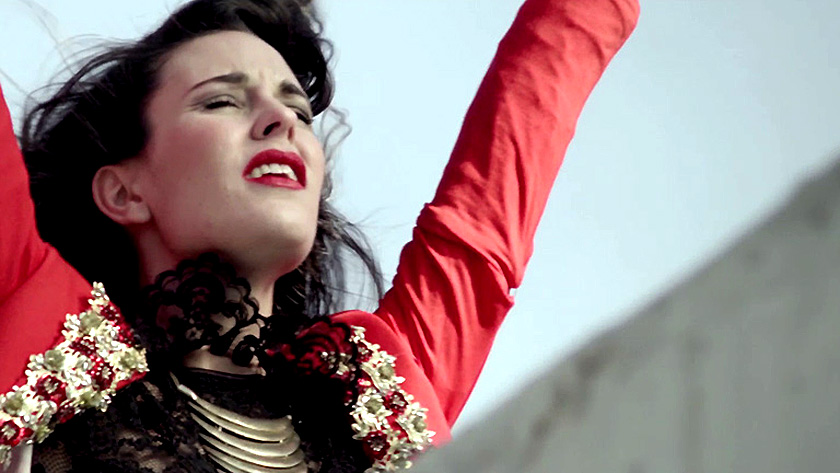 Fuel Fandango – In Session At RNE Radio 3 – Nights At The Roundtable: Rock Without Borders – Session Edition

Over to Madrid this week for what I think will be five days of new music out of Spain, via the always exciting and thoroughly unpredictable RNE Radio 3.

A daily in-studio concert, Radio Nacional’s Radio 3 gets a wide cross-section of musical talent from around the world, but with special emphasis on home-grown acts. Which is great because it’s always refreshing to hear what everybody else is doing in the world and to be able to bring some of that freshness to readers here.

Fuel Fandango is a duo, consisting of producer/keyboards Alejandro Acosta and singer Cristina Manjon (Nita). They are aided by drummer Carlos Sosa on live gigs and have been making the rounds since 2010. Their first album, Fuel Fandango, came out in 2011 and their second album Thirteen Moons came out last year. A mix of Soul, Funk, Flamenco and Electronica, Fuel Fandango have tapped into a well-received combination with the press and audiences alike and they’ve been touring extensively around Spain, the UK and the rest of Europe.

Plans for any U.S. gigs are up in the air at present (but they are doing a gig in Havana in February), but that doesn’t mean you can’t become familiar with them right now.

Check out their Facebook page, and their website to see what they’re up to (Thirteen Moons is available from their website on CD and 180gram lp).