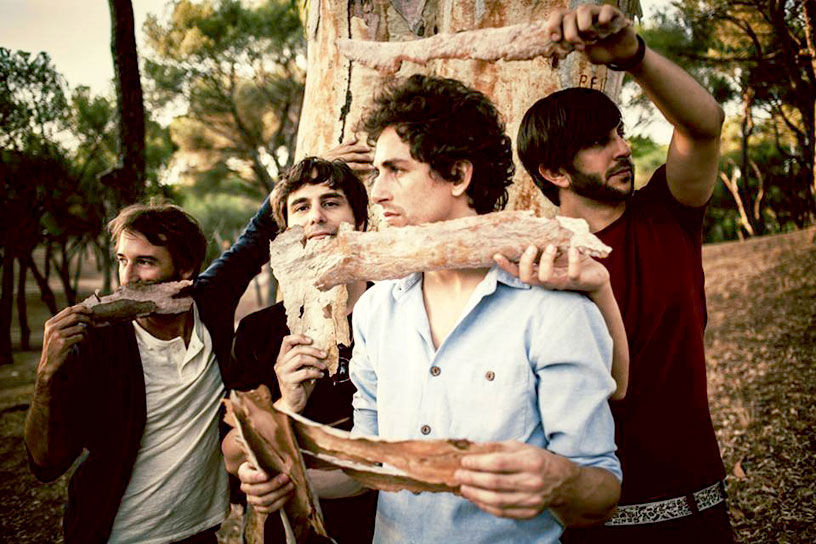 Fira Fem - A dose of Indie/Alt from Spain tonight.

Fira Fem – In Session At RNE Radio 3, Madrid – Nights At The Roundtable: Rock Without Borders/Session Edition

Fira Fem – A dose of Indie/Alt/Electronic from Spain tonight. Bark not included.

Staying in Madrid this week for another session. This time it’s Indie/Alternative/Psych/Eletronica band Fira Fem. Together since 2009, they have one album out so far, their 2012 debut release Aedificatoria, and have been hitting the road primarily around Spain promoting it.

Tonight it’s a session recorded this past Monday via Los Conciertos de Radio 3 in Madrid.

What’s up for Fira Fem in 2014 is anybody’s guess. But I would imagine they are doing what every band does with a new album – promote it like crazy and get the message out. And that means hitting the road, playing everywhere and anywhere that’ll have them. It was also announced they’ll be playing the Primavera Sound Festival this May in Barcelona.

It’s what you do when you’re serious about it.

But should they come to the States this year, you can say you heard them here first, and you know what they sound like. And that’s what we do around here.

Hit the play button and turn it up, and come back tomorrow night for more adventures in Madrid.