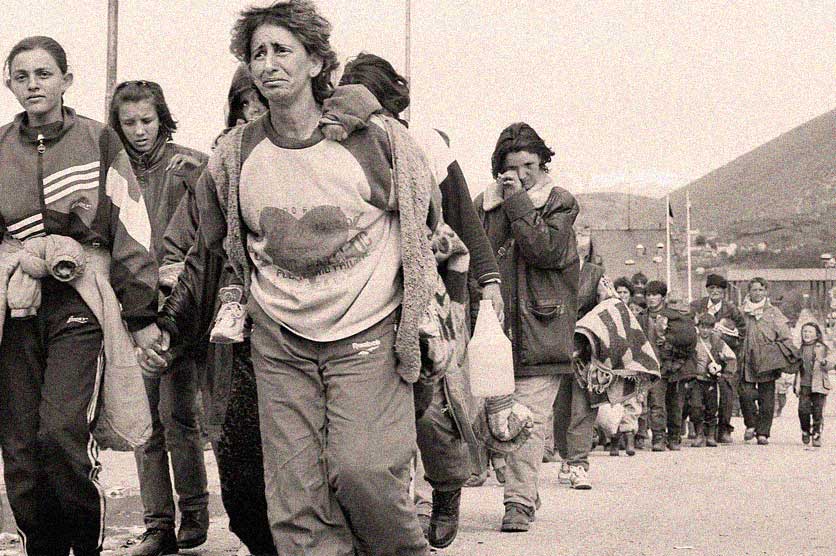 And all the while, genocide and ethnic cleansing.

And all the while, genocide and ethnic cleansing.

News for this day, fifteen years ago, was about limits being reached, endurance vanished and nerves frayed out of existence. The War in Kosovo, indeed the strife enveloping the entire region formerly known as Yugoslavia, had gone past the breaking point. And UN negotiators issued a final ultimatum – that they will get together and talk, and they will reach agreement or face military intervention and swift reprisals.

And while the stern warnings were being read, more sites of more massacres came to light – more bodies of civilians, caught in the middle of warring religious and ethnic factions were discovered. The atrocities appeared endless, and to the rest of the world, enough was enough.

There was other news going on in the world, this January 29, 1999, via the in-depth program Newshour from the BBC World Service. Residents of Colombia were digging out from the effects of a devastating earthquake earlier in the week. The trafficking of Women into slavery and prostitution was the main topic of discussion at a conference with over 100 countries taking place in Dakar. It was estimated the trafficking of Women and Children averaged around 4 million a year and netted some $4 billion in profits to underworld syndicates.

The meeting of Finance Ministers from around the world was getting underway in Davos, Switzerland. Meanwhile, U.S. Fed Chairman Alan Greenspan cautioned investors over Internet Stocks, saying it was like playing the lottery. Even though Yahoo just bought Geocities for $5.02 billion – it was still viewed as a crapshoot. Speaking of crapshoots; GM denied rumors it was making overtures to buy rival auto manufacturer Volvo, even though Ford, a day earlier readied plans to buy Volvo’s Car Operation for $6 Billion.

And just a portion of what went on this day in 1999. But the main news, one that kept developing as the broadcast was being aired, was the situation in Kosovo. One that would take headlines throughout 1999 and on.