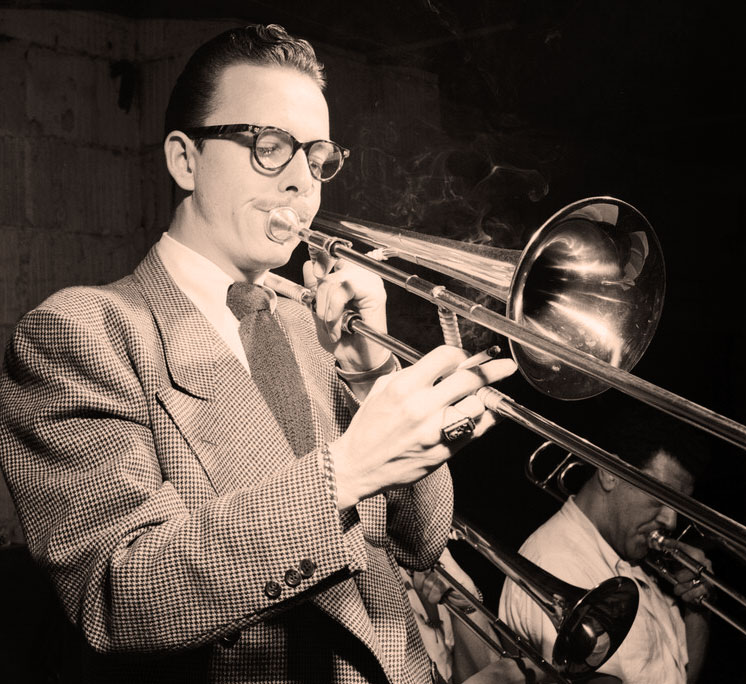 Back over to Birdland in New York City this week for a club date featuring the inimitable Kai Winding and his group with the legendary Horace Silver on piano. Recorded by NBC Radio for it’s Stars In Jazz Series on September 9th 1952. The show opens with a set by The Pete Brown Group before Kai Winding takes over.

Winding is probably best known for his collaboration with J.J. Johnson, as well as a brief foray into the Pop Music world for his rendition of More, the theme from the controversial film Mondo Cane, which became a huge hit for him in the early 1960s.

This set is pure Cool School, with Ed Shaughnessy on drums, Kenny Dorham on trumpet, Gene Ramey on Bass, the aforementioned Horace Silver on piano and Jackie McLean on Alto. All the key ingredients to a great set.

Sit back and give a listen.