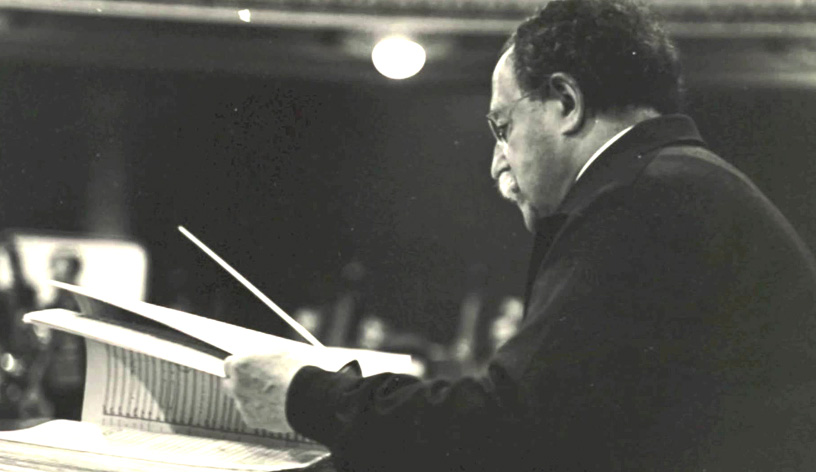 Pierre Monteux - rehearsing the Rite of Spring - the same one he got caught in the riot over.

Pierre Monteux – rehearsing the Rite of Spring – the same one he got caught in the riot over at the premier.

Another historic rehearsal program from The Boston Symphony. This one features guest Conductor and former Music Director Pierre Monteux leading the orchestra in a work he originally premiered in Paris in 1913.. Stravinsky‘s Rite of Spring, which received its World Premier under Monteux in April of 1913 and immediately caused a riot among the concert goers.

Not so riotous this time, but with a lot of keen insight – and particularly interesting because he is conducting the rehearsal from memory, without the use of the score.

Sadly, we only get a half-hour snapshot of the goings-on, but it’s enough to make you realize the historic significance of this particular broadcast.