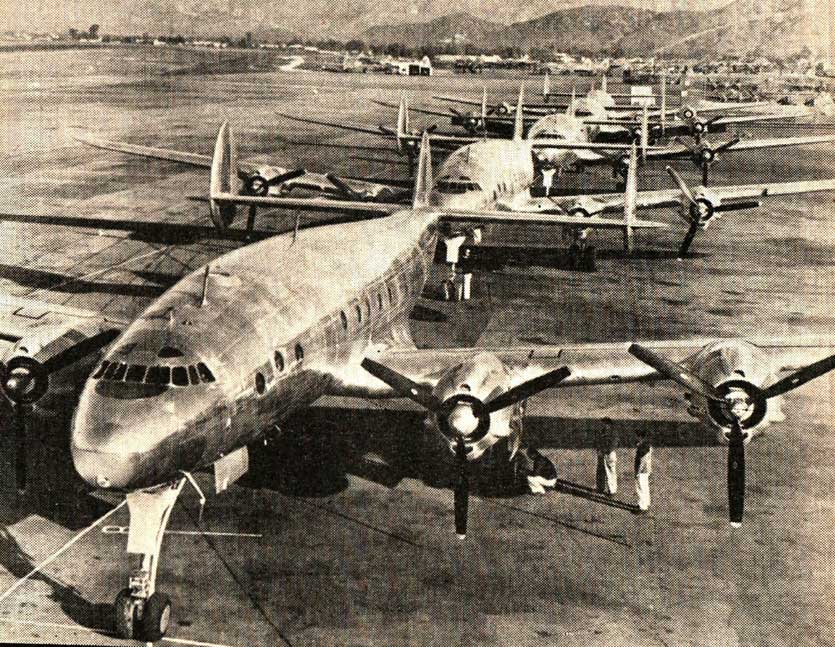 News for this day in 1946 was about a glimpse of the future. Airline travel was about to become a commonplace thing. The Lockheed Constellation set a new world record in transcontinental flight – at 7 1/2 hours from Los Angeles to New York. The previous record was 10 hours, 49 minutes.  Carrying the most passengers of any transcontinental flight (52 passengers), the airline landed  at LaGuardia. It signaled the beginning of commercial air travel and a huge technological leap in aircraft design. The world, on this day, just got smaller.

But it was still the world. Labor troubles were rampant. With dock workers on strike as well as bakers and Teamsters threatened to paralyze most of the East coast.

In the rest of the world, Japanese Emperor Hirohito was planning on making a statement admitting his personal responsibility for Japan’s involvement in the war. also, one of Japan’s main Shinto Shrines was going to be turned into an amusement park.

American troops stationed in Northern China were slated to be coming back to the U.S. by the first of March. Talks were underway to try and solve the Dutch-Indonesian controversy.

And members of the UNO were heading back to London from New York to give a final assessment on where the United Nations will have their temporary and permanent headquarters in the U.S.

All that, and much-much more for this 3rd day of February in 1946 as reported by Charles F. McCarthy and The News from NBC Radio.