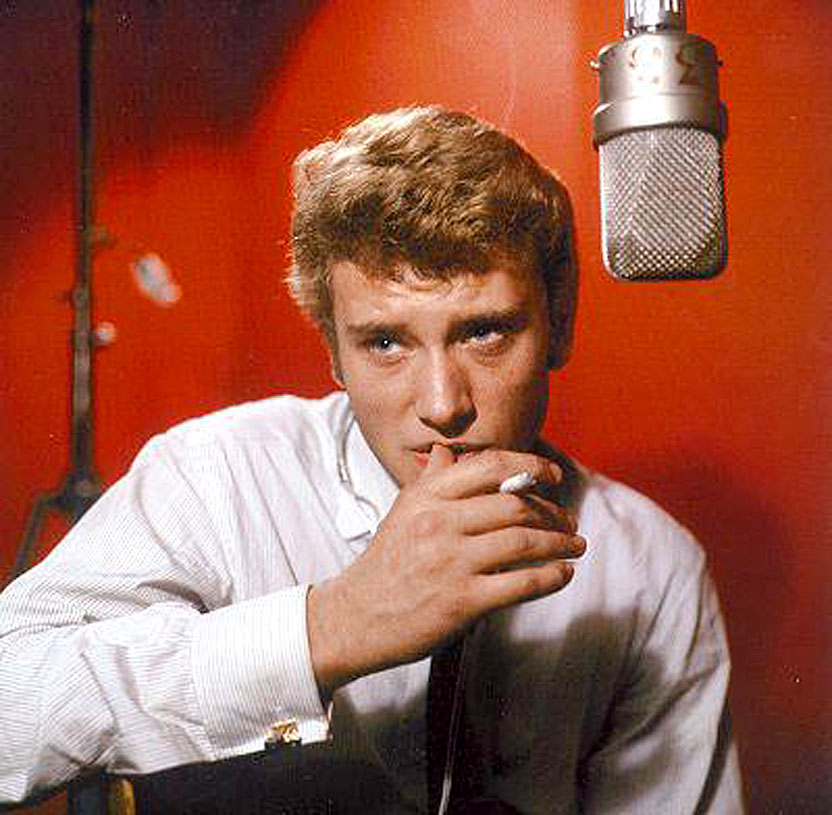 Starting off the week with something unusual, and historic. A concert by France’s answer to Elvis Presley; Johnny Hallyday, recorded in 1962 at the fabled L’Olympia in Paris before a sold-out audience. Almost completely unknown outside French speaking countries, Hallyday has earned the nickname “The Greatest Rock n’ Roller You Never Heard Of”, and has achieved mania status to millions of French, Swiss, Belgians and French-Canadians ever since he first appeared on the scene in 1960.

Primarily doing covers of American Rock n’ Roll songs, Hallyday became a sensation and a catalyst in getting the French to cultivate their own brand of Rock, rather than depend on sources in the U.S. and UK, and it kicked off a whole genre of French Pop which did, at least from the likes of Francoise Hardy, make waves on the other side of the Atlantic.

Recording scores of albums, a mountain of singles and with a career that has spanned between 1960 and 2009, Hallyday has earned just about every accolade the French could bestow.

But aside from a few world-watchers and fans of World Music, Hallyday is non-entity.

So, as a way of familiarizing you with the concept that there are other things going on in the world, in other languages – and it’s always been that way, here is a sample of Johnny Hallyday and a glimpse of what Rock n’ Roll was up to in the early 60s in other lands and in other tongues.

The sound mix is good for the period, but weaves in and out from being muddy to being clear, and does a fade out before the last song is over.

Editors note: With the sad news earlier this evening of the passing of Johnny Hallyday, at 74 – it seems only fitting to offer this concert as a reminder of what Europe was crazy over and who we knew comparatively little about at the time.