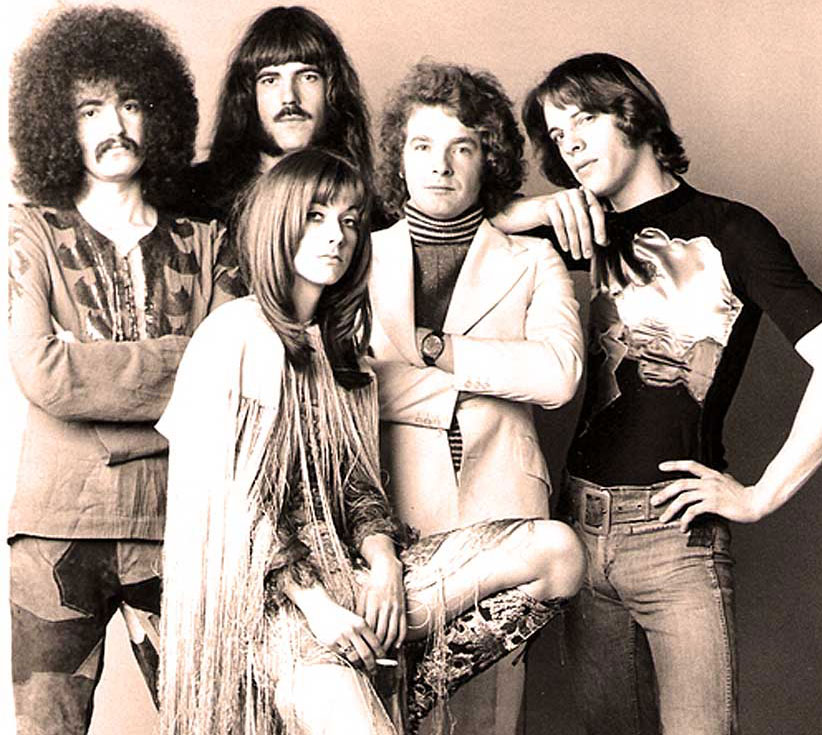 "One of the most dramatically accomplished of all the bands lumped into Britain's late 60s Prog explosion".

Curved Air – In Session – 1971 – Nights At The Roundtable: Session Edition

“One of the most dramatically accomplished of all the bands lumped into Britain’s late 60s Prog explosion”.

Another of that batch of groundbreaking prog bands, forming in the UK in 1970. Curved Air were notable in that they were one of the first prog bands to incorporate violin in their lineup. Not particularly new to Rock, as It’s A Beautiful Day, United States Of America and The Flock all featured violin in their lineups, Curved Air relied heavily on the violin as a prominent instrument.

Also notable are the members, including Stewart Copeland, who was with the band during the 1973-1974 period before leaving to form The Police. Darryl Way who left in 1972 to form Darryl Way’s Wolf, who were managed by Stewart Copeland’s brother Miles. Eddie Jobson, who would  join the reformed Curved Air in 1972 and leave in 1973 when the second incarnation of Curved Air broke up to join Roxy Music. The band became a virtual who’s who of UK rock musicians. And of course, the transplendent Sonja Kristina-Linwood on vocals whose soulful voice and stunning looks gave the band an icing-on-the-cake appeal.

This session, which was done for the German program Beat Club, is from March 27, 1971 – a little over  a year after the band’s formation.

A good band, plagued with personnel and stylistic conflicts, who were very influential in the early days of the Prog-rock movement, and who continue by way of periodic re-groupings and reunions.