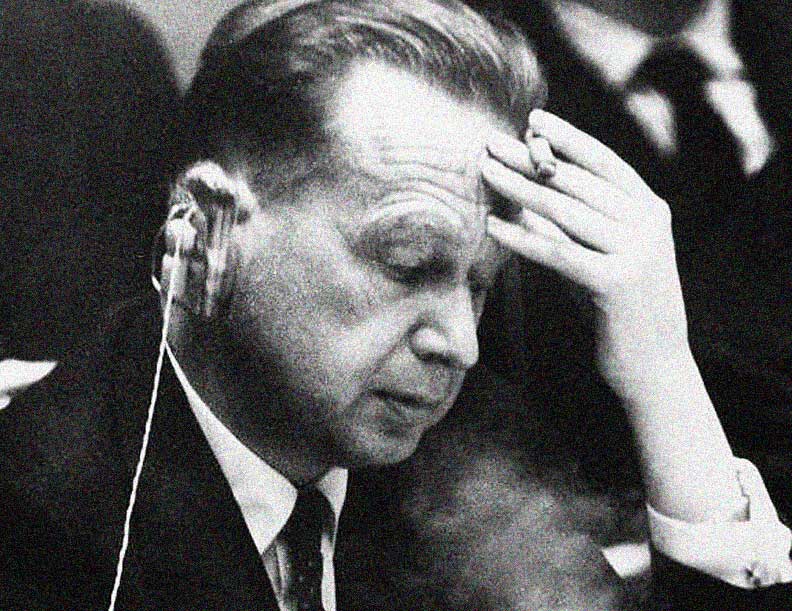 Being Secretary General of the United Nations was no walk in the park in the 1950s.

Dag Hammerskjold Has A Few Words About The People’s Part In Peace – February 4, 1958

Being Secretary General of the United Nations was no walk in the park in the 1950s.

Probably one of the more Herculean tasks in the world is being Secretary General of The United Nations. And probably at no other time was the job more stressful and difficult than during the period known as The Cold War in the 1950s and early 60s. Attempting to maintain some semblance of world peace in the midst of tensions between East and West and the near-constant turmoil of the Middle East, coupled with the rapidly changing series of events in Africa and the on-going Independence movements springing up seemingly everywhere.

Dag Hammerskjold managed to hold it all together, in some miraculous balance, until his death/assassination in 1961 at the height of the crisis in the former Belgian Congo. But throughout the 1950s Hammerskjold was a symbol of peace and restraint in a chaotic and uncertain world.

In one of his rare public addresses, Hammerskjold was asked to address a convention of over 1,000 world leaders from the YMCA in 1958. His subject was The People’s Part In Making Peace, in which he discusses the needs of emerging nations and the imperatives of the individual in meeting those needs – how peace is a group effort and not the sole responsibility of one nation.

It was no easy task then. It’s no easy task now – at least there isn’t the near constant threat of nuclear annihilation hanging over our heads as there was in 1958.

Here is that address, as given at The Statler Hotel Ballroom in Cleveland Ohio on February 4, 1958.