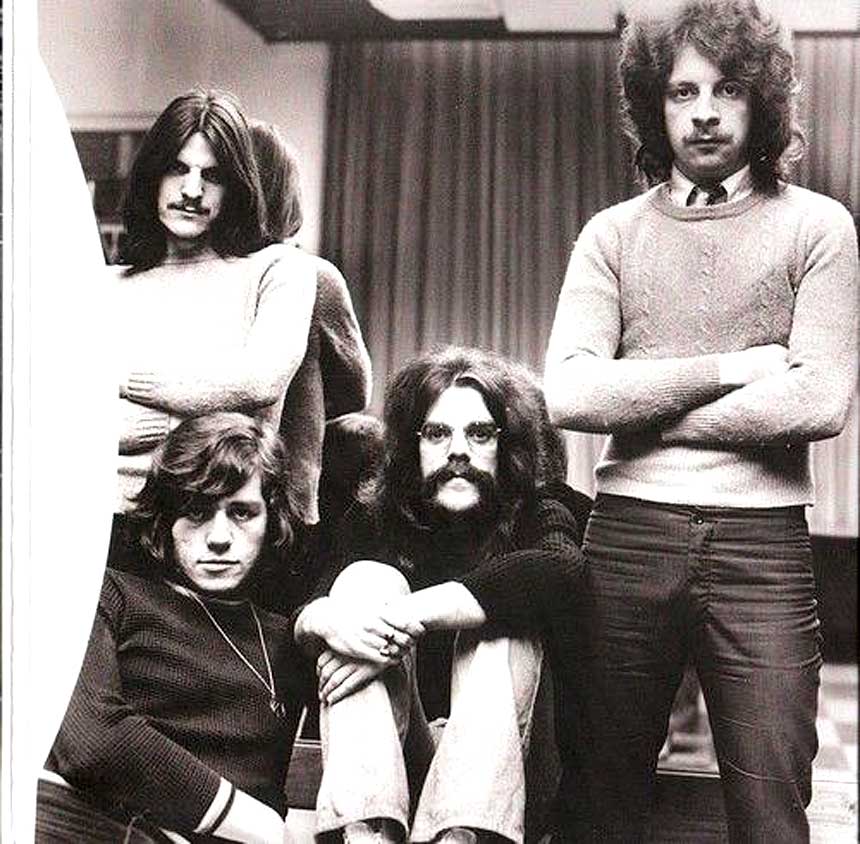 The Move - would eventually morph into ELO, but it was never the same.

The Move – In Session 1971 – Nights At The Roundtable: Session Edition

The Move – would eventually morph into ELO, but it was never the same.

Click on the link here for Audio Player – The Move – In Session for Beat Club, Germany – 1971 – Gordon Skene Sound Collection

Perennial all-time favorites The Move tonight, from a session recorded for Beat Club in Germany in 1971. Without a doubt, one of the most energetic and inventive bands comings out of the 60s who, for some strange reason, didn’t achieve the huge following in the U.S. that they did on home turf. Despite tours and excellent singles and albums, they achieved an almost-but-not-quite status in the States. It was only when The Move wore down to a three-piece and eventually morphed into The Electric Light Orchestra did fortunes change dramatically. Sadly, after the first album (and some uncredited bits for ELO 2), Move founding member Roy Wood left to form Wizzard and on to another story.

But The Move will always be remembered fondly as the band who gave the world Brontosaurus, which starts off this session.

If you missed them the first time around, or never caught them at all, here is a great chance to hear the closest thing to a live performance from a band who were one of the most dynamic and innovative bands from the 60s.

I would definitely crank this one up.