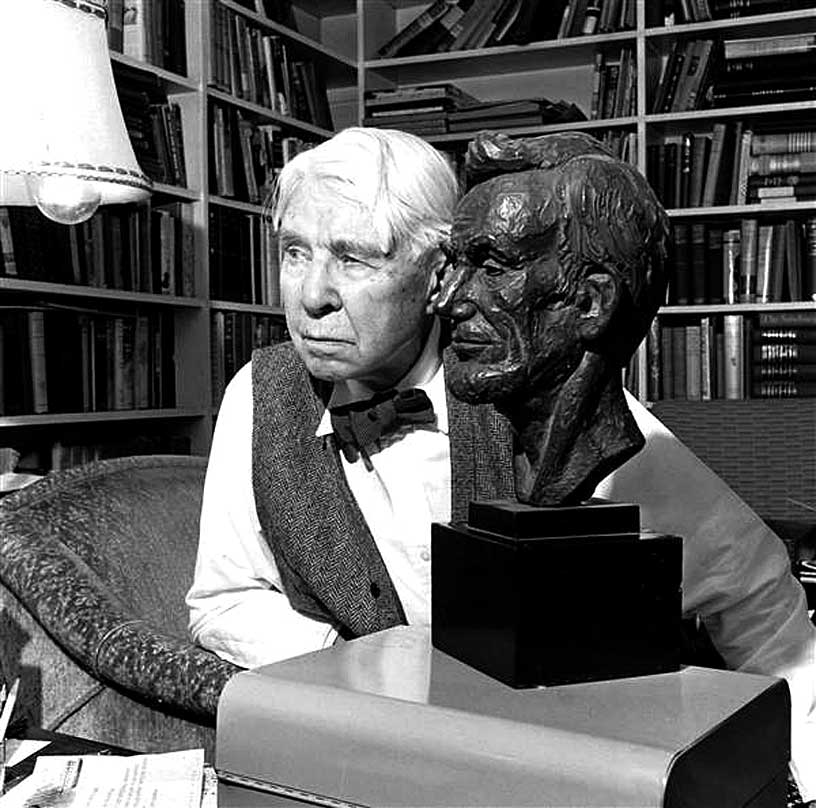 As no doubt many of you know, next week will mark the 205th birthday of Abraham Lincoln. On February 12th 1959, the great American poet and Lincoln scholar as asked to address a joint session of Congress on the occasion of Lincoln’s 150th birthday.

For those of you who aren’t familiar with Carl Sandburg’s voice, or his thoughts on Abraham Lincoln and his Presidency, I thought I would run that address to get you familiar with a piece of history you might have missed. Sandburg was a legend and regarded as America’s Poet.

Carl Sandburg: “The people of many other countries take Lincoln now for their own. He belongs to them. He stands for
decency, honest dealing, plain talk, and funny stories. ―Look where he came from—don‘t he know all us
strugglers and wasn‘t he a kind of tough struggler all his life right up to the finish?‖ Something like that
you can hear in any nearby neighborhood and across the seas. Millions there are who take him as a
personal treasure. He had something they would like to see spread everywhere over the world.
Democracy? We can‘t say exactly what it is, but he had it. In his blood and bones he carried it. In the
breath of his speeches and writings it is there. Popular government? Republican institutions? Government
where the people have the say-so, one way or another telling their elected rulers what they want? He had
the idea. It‘s there in the lights and shadows of his personality, a mystery that can be lived but never fully
spoken in words.
Our good friend the poet and playwright Mark Van Doren, tells us, ―”To me, Lincoln seems, in some
ways, the most interesting man who ever lived . . . He was gentle but this gentleness was combined with a
terrific toughness, an iron strength.”

How did he say he would like to be remembered? His beloved friend, Representative Owen Lovejoy of
Illinois, had died in May of 1864, and friends wrote to Lincoln and he replied that the pressure of duties
kept him from joining them in efforts for a marble monument to Lovejoy. The last sentence of his letter
saying, ―Let him have the marble monument along with the well assured and more enduring one in the
hearts of those who love liberty, unselfishly, for all men.‖ So perhaps we may say that the well assured
and most enduring memorial to Lincoln is invisibly there, today, tomorrow and for a long time yet to
come in the hearts of lovers of liberty, men and women who understand that wherever there is freedom
there have been those who fought and sacrificed for it.”