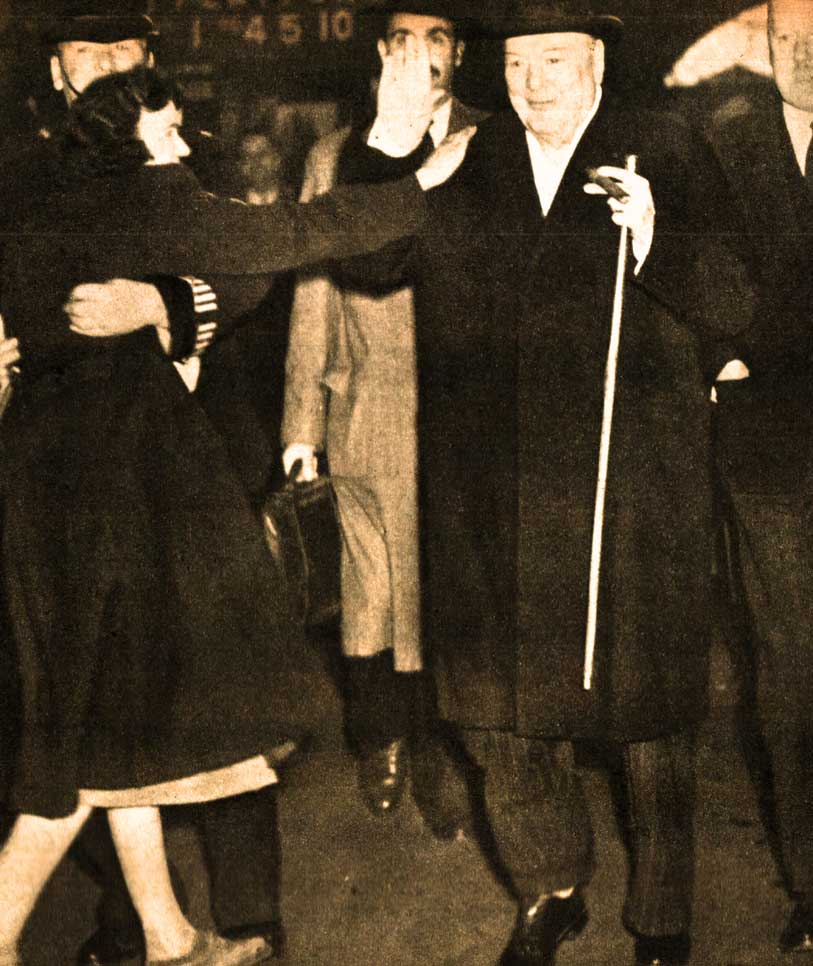 Winston Churchill and fan. The candidate as Rock Star.

Winston Churchill and fan. The candidate as Rock Star.

There was a time, right after World War 2, and well into the 1960s, where America expressed great interest in the political fortunes of other countries, particularly those countries we considered allies. How a general election went in Europe often impacted on where America would be heading, not necessarily politically, but economically – and that surely would impact on the political climate down the road. And since the era of Post World War 2, where a country went ideologically generally impacted on where our Foreign Policy would be heading.

In Britain, as in America, there were grumblings of a shift to the right politically. And although the economic climate was considerably different in the UK than it was in the US, there were still factors. And 1950 was also an off-year election in the U.S. – so attention was being paid to the prevailing winds of public opinion.

Another factor being closely monitored was how successful the Socialization of Britain was going to fare in the elections. It really came down to an issue of government subsidy versus free-enterprise, and where the British public stood on that issue. It was also felt that, if the Socialist experiment was going to continue, the Labor Party would need to maintain their dominance and this would send a clear signal to other allied countries that such an experiment could be in the books for them soon as well. Many considered this to be one of the most important elections of the century.

With that in mind, here is a capsule view of the election as seen by Elmo Roper from the program The People Speak, on CBS Radio – as broadcast during the first week of February, 1950.

Further evidence the world has always been a relatively small place.