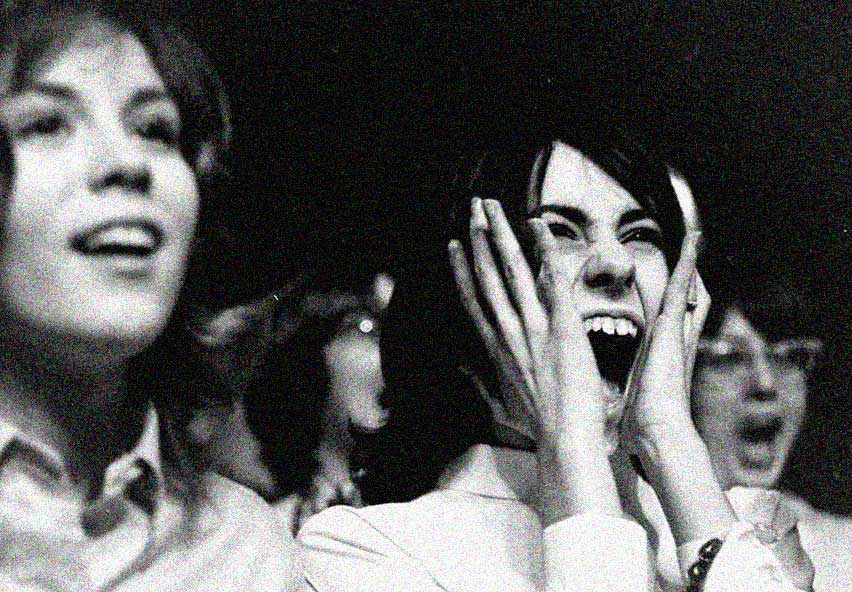 Signaling the start of an era.

Call of the wild.

Since today marks what became the beginning of an era, when The Beatles first came to the U.S. and played the Ed Sullivan Show, I thought I would focus more on what the Beatles actually sounded like in concert during those insane early days. So I went looking for what would be the best sounding example of a Beatles concert, taking into consideration the sheer magnitude of screams made it virtually impossible for the band during that time to hear anything, let alone each other. The best example I  heard is one that comes a year later, still hot in the grips of Beatlemania, but with a French audience. Besides, today is no doubt awash with clips of Ed Sullivan and that was, in reality, just a small part of what was turning into a phenomenon.

This concert, the second (and last) visit The Beatles would make to Paris, featured the band before an audience of some 6,000 at the Palais des Sports on June 20, 1965, a little over a year after the fabled first American visit. It’s the first of two concerts performed that day, and the sound is surprisingly clear and balanced, and it represents, to me, the spirit and excitement of those early days when the world was getting acquainted with the Fab Four and all inhibitions were off.

The world’s longest party was in full swing.

Collectors and fans will have this show, know about it intimately and dissect it with all the precision of science experiment. This isn’t the intention and I’m not preaching to the choir. Rather, I am trying to give an idea of a moment in time to those who weren’t there and to give some idea what all the insanity was about.

You will also, no doubt, be barraged with personal accounts of “being there” and what it was like at the time. And you may not have been around then, or interested, or otherwise pre-disposed. So to give you a better idea of just what everyone was talking about, this may give you some idea of at least the spirit of the moment.

Because, as you know, everyone sees the same event differently based on their own set of priorities.

The one constant and matter-of-fact being; this was the kick in the ass the world needed at the time.