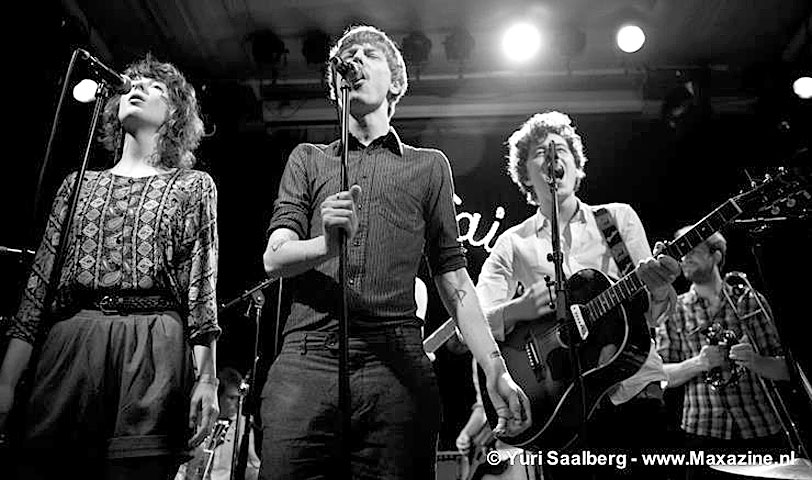 Wooden Saints – Live At Noorderslag 2014 – Nights At The Roundtable: Rock Without Borders/Mini-Concert Edition

Wooden Saints – Doing the musical mashup a-la Arcade Fire, but on their own terms.

Over to The Netherlands tonight for a set by Dutch Indie/Alt up-and-comers Wooden Saints, at the 2014 Noorderslag Festival in Groningen on January 18th of this year. Only together a short period of time, getting together in 2011. They released their debut album in 2012, I Know Why Your House Is On Fire, and have gotten a lot of critical acclaim and great word of mouth as the result.

Touring, primarily around The Netherlands, it’s a safe bet they are aiming for distant shores.

Tonight’s set is a nice introduction to the band – and even though they are all from The Netherlands, all the songs are in English, further evidence they have bigger plans for 2014.

In the meantime, give a listen and check Wooden Saints out. I think we’ll be hearing more from them in the very near future