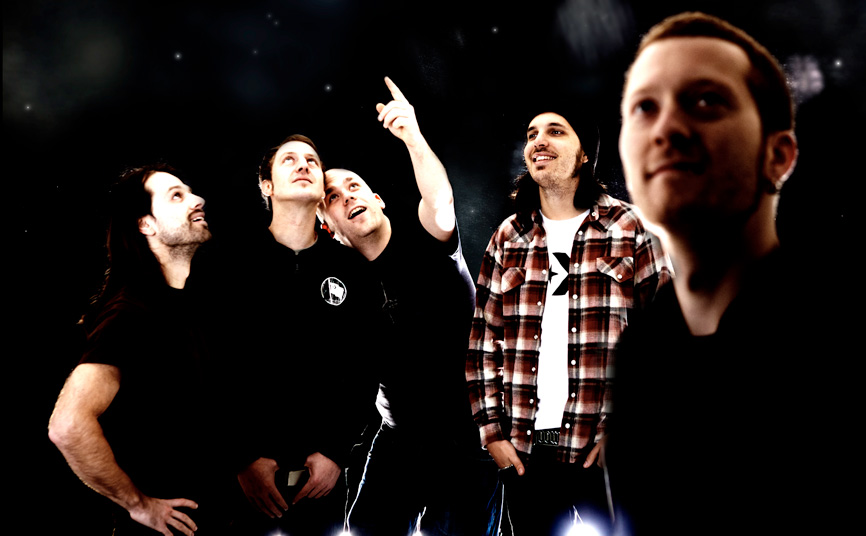 Sometimes giving a band a label, a genre classification, can be difficult because it can also be misleading, to a degree. Case in point; Long Distance Calling. This German band, together since forming in 2006, have been roughly associated with being Metal, or Post-Metal. I beg to differ. They would be considered Post-Rock/Progressive, because a lot of what they do is lyrical and melancholy. They are also predominately Instrumental, and have a feel more akin to the Wall-Of-Guitars sound that come out of the UK in the late 80s/early 90s via bands like Ride and Swervedriver. Bands that went on sonic journies, rather than riffs.

Whatever you want to call them, Long Distance Calling is an interesting and engaging band with a goodly degree of musicianship going for them. They have something to say and they say it eloquently. And you need to know about them.

At the moment, the band are on tour with a number of German dates, peppered with a few dates in Paris and London and Bilbao between now and the end of February (according to their itinerary). They cancelled dates this past September in Kiev, Belarus and Russia for obvious reasons. They’ve just released (in late January) an Instrumental jam ep, and it would do you (and them) a lot of good to head over to their website and pick up a copy – and a t-shirt while you’re at it.

In the meantime, have a listen to Long Distance Calling in concert and, fingers crossed, they make it over to one of our Spring festivals this year (SXSW?)