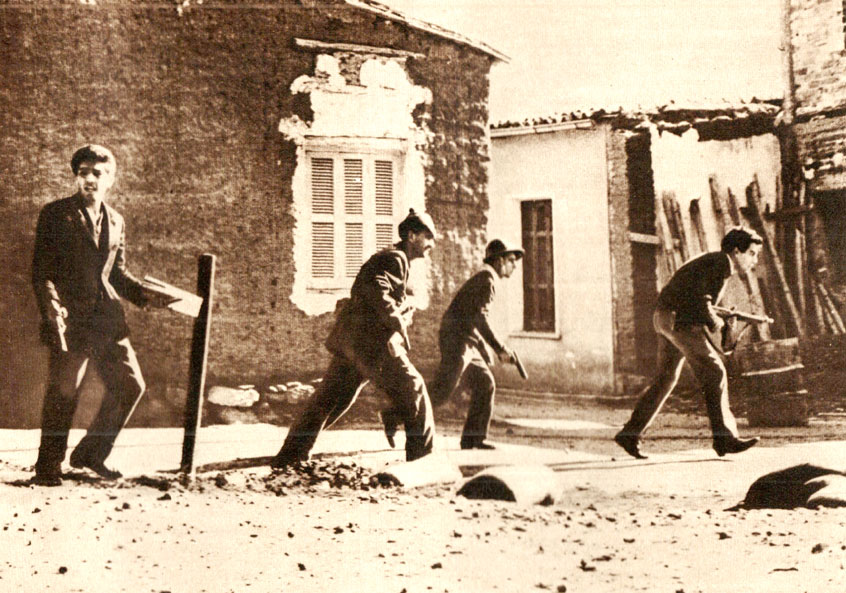 It seemed like everybody had a gun and a grudge.

It seemed like everybody had a gun and a grudge.

Contrary to popular belief that the world changed in 1964, based on the happenings on The Ed Sullivan Show a few days earlier, it was the business-as-usual for the rest of the planet. Civil War was erupting on the Mediterranean island of Cyprus between Greeks and Turks who lived there, via Greece and Turkey who claimed “motherland” status. Britain was stuck somewhere in the middle between warring factions (since the UK was “protectorate” of the Mediterranean island until 1960), and dodging bullets in the process.

As violence escalated and a threatened invasion of Cyprus by Turkey was in the offing, the UN was called in to mediate the situation. And the US sent Under-Secretary of State George Ball to the island with a peace plan, in the hopes of avoiding a full-blown shooting war. All sides claimed pessimism.

Meanwhile, British Prime Minster Sir Alec Douglas Home was visiting Washington for talks with President Johnson on all the hotspots flaring up around the world (and there were lots). High on the list was Cyprus, in addition to Southeast Asia and a differing of opinions regarding Britain’s trade-status with Cuba, since the U.S. instigated an embargo on trade with the Caribbean island in 1962.

Since this newscast is from local Detroit station WXYZ, a goodly chunk of the news deals with the goings-on in Detroit politics. But it all added up to yet another busy and unsettling day on planet Earth for February 12th in 1964 (also a Wednesday) as presented by WXYZ and their Morning Report.