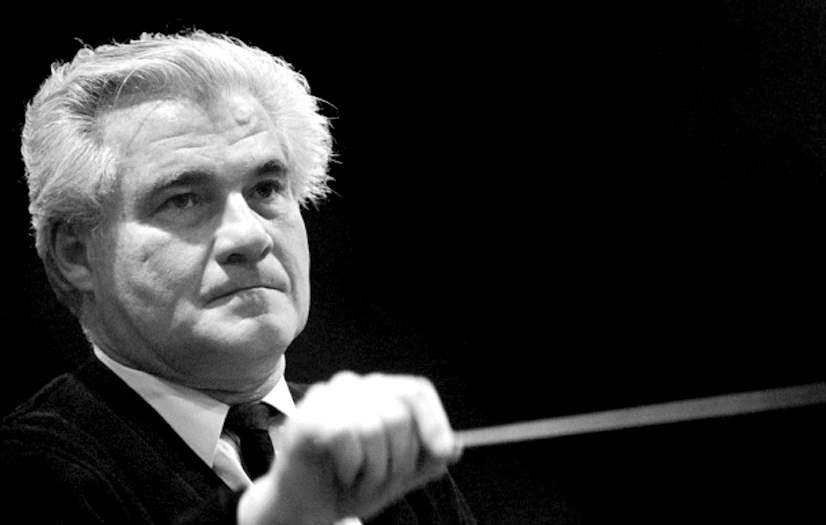 One of the most popular conductors during the early lp era.

Joseph Keilberth – One of the most popular conductors during the early lp era.

Another classic concert this week. From the 1960 Salzburg Festival, a concert by the Berlin Philharmonic, guest conducted by the legendary Opera conductor Joseph Keilberth and featuring the equally legendary French violinist Christian Ferras in music of Schubert, Berg and Bruckner.

Recorded via the Deutsche Welle Transcription Service, the concert opens with incidental music from Rosamunde by Schubert. Christian Ferras joins Keilberth in a performance of the Violin Concerto by Alban Berg. And the concert concludes with a a performance of Bruckner’s Symphony Number 9.

Both Ferras and Keilberth were very popular performers in the 1950’s and 60’s.

Ferras was born at Le Touquet in 1933. He began studying the violin with his father. He entered the Conservatoire de Nice as a student of Charles Bistesi in 1941, and in 1943 obtained the First Prize. In 1944 he went to the Conservatoire de Paris. In 1946 he won the First Prize in both disciplines (violin and chamber music), and started his performing career with the Pasdeloup Orchestra under Albert Wolff, and later Paul Paray. He worked with Romanian violinist and composer George Enescu, who also acted as an instructor.

The Violin Concerto by Federico Elizalde was premiered by Ginette Neveu in Paris in 1944 but Christian Ferras gave its London premiere under the direction of Gaston Poulet, in the presence of the composer, and made the world premiere recording on 7 November 1947, at the age of 14. In 1948 Ferras won First Prize at the international Scheveningen Festival; Yehudi Menuhin was among the judges. He premiered Arthur Honegger’s Sonata for Solo Violin in the Salle Gaveau on 16 November 1948. The next year, he won the second prize (the first prize was not awarded) in the international Marguerite Long-Jacques Thibaud Competition. It was there that he met Pierre Barbizet, with whom he formed one of the most famous partnerships in the history of piano-violin collaboration. In 1950 he, along with Jean-Pierre Rampal and George Enescu, recorded various works by J.S. Bach. It was at this point that his career took off when he was invited by Karl Böhm to play with the Vienna Philharmonic in 1951. He subsequently gave a series of concerts in, amongst other places, Japan and South America.

Keilberth was a regular at Bayreuth in the early 1950s, with complete Ring cycles from 1952, 1953 and 1955, as well as a well-regarded recording of Die Walküre from 1954 (the whereabouts of rest of the cycle are unclear) in which Martha Mödl, perhaps the greatest Wagnerian actress and tragedian of her time, sang her only recorded Sieglinde. He made the first stereo recording of Wagner’s Ring Cycle in 1955, as well as a so-called “second cycle” with Mödl, rather than Astrid Varnay, as Brünnhilde. Mödl’s accounts of Brünnhilde, from the 1953 Ring as well as the 1955 “second cycle,” are her only recordings of the role other than Wilhelm Furtwängler’s 1953 Rome Ring and commercial Walkuere in 1954. Among his other recordings, his outstanding interpretations of Wagner’s Lohengrin at the 1953 Bayreuth Festival released on Decca-London and Weber’s Der Freischütz made in 1958 for EMI, as well as a ‘live’ set of Richard Strauss’s Arabella (featuring Lisa della Casa and Dietrich Fischer-Dieskau) made in 1963 for DG are still considered among the best versions. He conducted the TV-broadcast German-translation performance of The Barber of Seville, featuring Fritz Wunderlich, Hermann Prey and Hans Hotter. His Haydn 85th and Brahms Fourth Symphony recordings on Telefunken are no less distinguished.

Sadly, Joseph Keilberth succumbed to a massive heart in 1968 attack while conducting a performance of Wagner’s Tristan und Isolde in Munich.