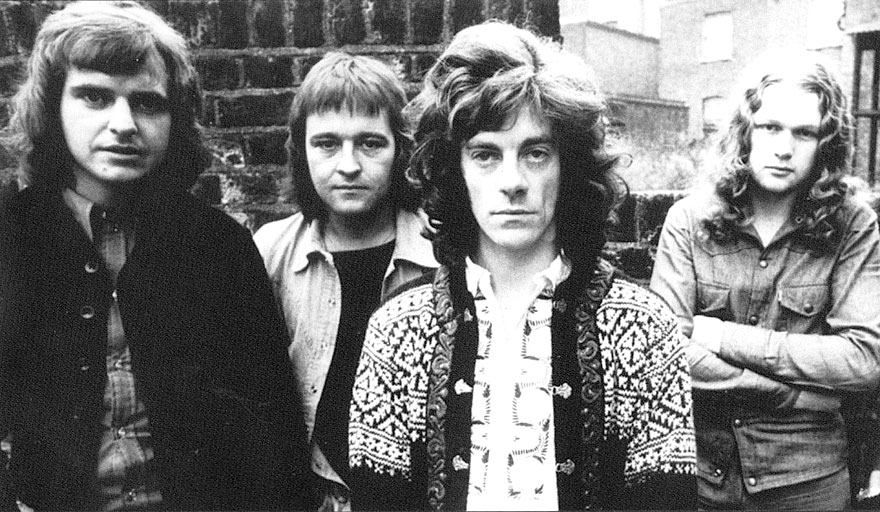 Spooky Tooth - largely overlooked - but a stepping off place for some.

Spooky Tooth In Session – 1971 – Nights At The Roundtable: Session Edition

Spooky Tooth – largely overlooked – but a stepping off place for some.

I think one of the more depressing nights for a band is to have your audience vanish before the set is half-way over. Sadly, it was one of those events I witnessed at a Spooky Tooth concert in 1974.

I forget who was the opening band was, but it was at The Santa Monica Civic and, for some reason, Spooky Tooth were headliners. Spooky Tooth had a reasonable amount of success, primarily via FM during the release of Spooky Two, but they weren’t headliners, and even they would admit that. They hadn’t achieved that level of popularity in the States. They had also undergone a number of personnel changes – their new lead vocalist was a former member of another band, Mike Patto and Spooky Tooth were pretty much at the end of their tenure.

So by the time they went on, most of the audience had left. A scant 100 or so were dotted around the cavernous hall while they soldiered through a set with sheer professionalism, while the audience sat in quiet embarrassment for the band, and quietly left when it was over to a smattering of applause.

Spooky Tooth really deserved better, even during those last few gigs. They were a band that had a lot going for them, not the least being the various members who went on to bigger things, from which Spooky Tooth was a springboard of sorts. Lead guitarist Luther Grosvenor went on to transform into Ariel Bender and join up with Mott The Hoople during their halcyon days as a Glam outfit. Lead singer and co-founder Gary Wright went on to garnish a flurry of Superstardom based on a radio-friendly career (Dream Weaver being the huge-mega hit), and Grosvenor-replacement Mick Jones would later surface as part of Foreigner.

So as individual musicians there were a lot of epic careers in the making, but as a sum-total musical group, Spooky Tooth had achieved a certain neglected-underrated status and are largely overlooked today, at least in the States.

But in 1971 it was different. They were very much a band who enjoyed a substantial popularity in Europe, who had toured often and were received well by audiences and critics alike.

This session, via raw performance tracks for The Beat Club program in Germany, puts the band during one of their high periods and offers a glimpse of what Spooky Tooth were like in a live setting – and further evidence their virtual obscurity has been hardly justified.

If you remember them, and there’s a good chance you do, if you were an avid FM listener in the late 1960s/early 70s. But if you missed them, here’s a chance to find out what you’ve missed the first time around and maybe it will stimulate some curiosity to hear what else they were doing.

In either case, it’s a good set and it does the band proud – and that’s always a welcome relief.