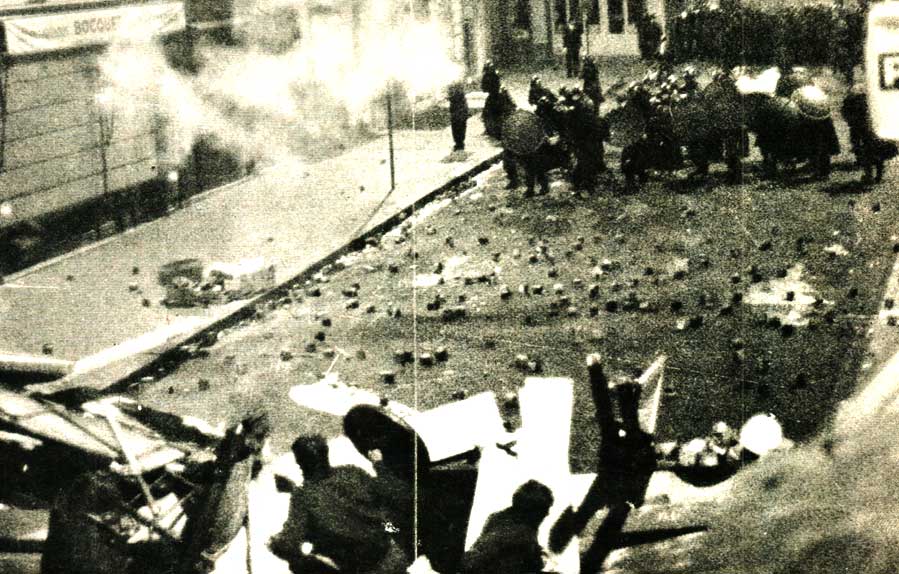 Seems the world has always been tightly wound.

Seems the world has always been tightly wound.

One gets the impression the latest round of violence gripping seemingly everywhere around the world is part of a new phenomenon – the issues and the political climate creating perfect storms for violent upheaval to take place.

Historically, not so. Emotions leading to violent outbursts have been around a long time. Prior to our revolution in technology and the era of instant access and the Citizen/Journalist, news of protests, insurrections and overthrows seemed seldom because the news regarding them was either censored or slow in coming. Usually word of their existence came day or even weeks after the fact. And by then the story had changed dramatically, ended or had escalated beyond control.

In 1948, when this roundtable discussion took place under the auspices of Chicago University, we were just beginning to see the end of the colonial era, and the rapid evolution of new governments, new overthrows and new protests. And at the time it seemed worrisome, because so much was going on at the same time.

Between the evolution in Asia , with India achieving independence, China in the grips of a Civil War and France coming to grips with an end of their colonial rule in Southeast Asia. And over to the Middle East, with the partition of Palestine, the emergence of the State of Israel, the warning signs of trouble developing in Iran, Iraq and the end of colonial rule in Egypt by Britain – it was easy to assume the world was on the fast track to destruction.

So this broadcast sought to explain, or at least to entertain the notion that emotions and world problems had a lot to do with each other. And how was the going to be dealt with – and was it something we were going to have to get used to.

The half-hour discussion, as most of these programs did, was barely scratch the surface for a range of deeper, more troubling issues – and certainly the political atmosphere at the time (i.e. Oil in the Middle East). But at least a discussion took place, whether any sort of solution was achieved, or even being sought, was another question.

So here is that discussion, Emotions And World Problems, as broadcast by The Chicago University Roundtable on October 31, 1948.