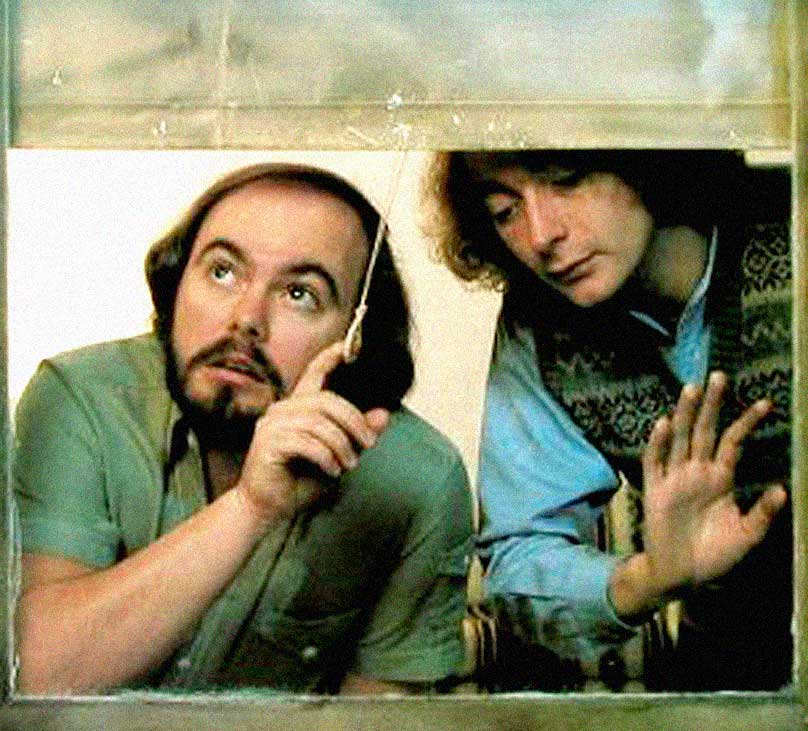 The Sutherland Brothers - Two of the lesser luminaries of the early 70s Folk revival.

Sutherland Brothers – In Session 1972 – Nights At The Roundtable: Session Edition

Okay – this one might be a bit of a strain to the memory banks if you weren’t knee-deep in Rock and the Folk-Rock revival of the early 1970s. But it’s worth it.

The Sutherland Brothers  were initially a duo consisting of Iain and Gavin and were signed to Island Records, taking part in the Folk-Rock revival in the early 1970s. They had two albums and a minor modicum of success before joining forces with another band, Quiver, to become The Sutherland Brothers and Quiver. They had a few hits, mostly in the U.S. starting with the 1973 debut track I didn’t Want To Love You (But You Got Me Anyway). But more notably, Gavin Sutherland wrote the song Sailing, which became a monster hit for Rod Stewart.

Eventually, the Sutherland Brothers would go back as a duo in 1979, recording one more album before calling it a day.

This session, part of an aircheck from Chris Hawkins’ BBC 6 Music program in 2010, features The Sutherland Brothers in session for the BBC in 1972. Only two tracks, but a nice (and rare) glimpse into a band very much part of the early 70s Folk-Rock scene, but time has somewhat overlooked them.

In light of Valentine’s Day . . .some tasty music to get comfy with.