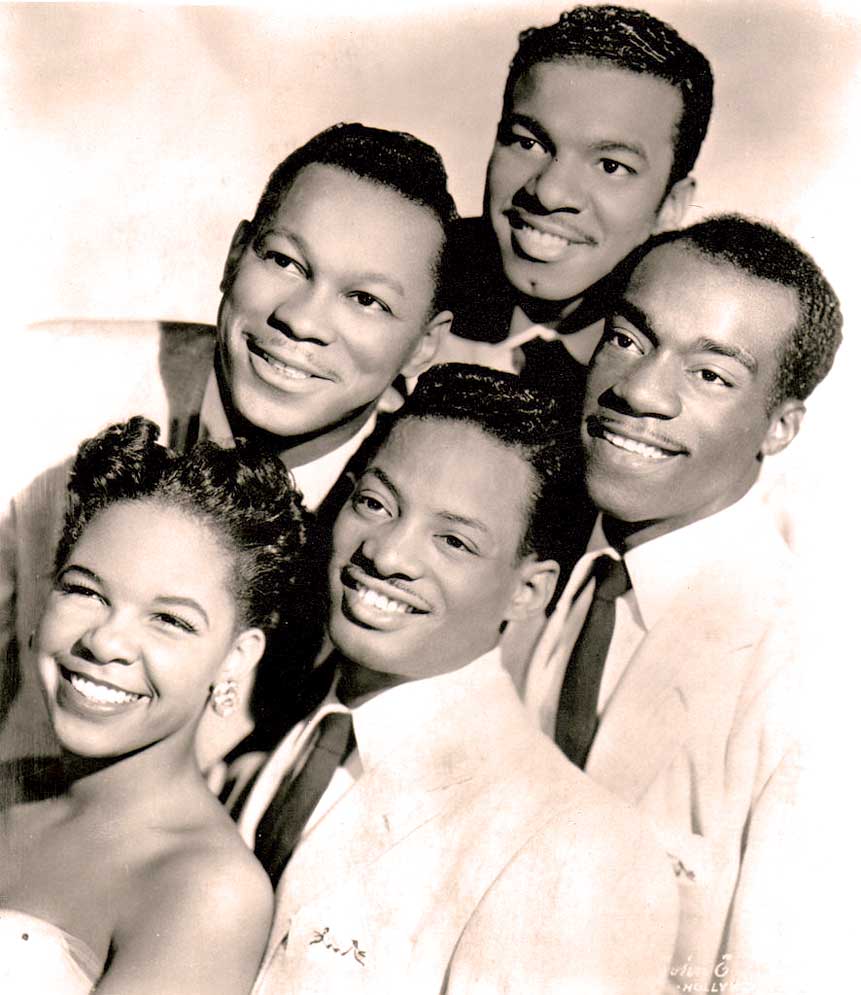 Click on the link here for Audio Player – The Burgie Big Beat featuring King Porter And his All-Stars with Jack McVea and The Platters – KNX-CBS Radio – May 10, 1956 – Gordon Skene Sound Collection

The early days of Rock n’ Roll were something of a free-for-all as far as bands and music were concerned. Still not sure if this was a passing fancy or the wave of the future, mainstream (i.e. white) media (radio and TV) tread lightly  – offering music aimed at teenagers yet, by the sounds of this show, sponsored by Burgermeister Beer one of the larger breweries on the West Coast, they were trying to figure out who the audience really was, and maybe it was young adults.

Prior to the mid-1950s, groups like The Platters and artists like Jack Mcvea would be relegated to Race-oriented (i.e. black) stations. But by 1956 the color lines were blurring and Black artists were selling in huge numbers in the white community. And so network radio took the plunge, albeit lightly. ABC Radio ran a late-night network show from The Apollo for a brief time. CBS Radio ran The Camel Rock n’ Roll Caravan with Alan Freed. But by this time radio was becoming the domain of the Disc Jockey and programs like The Burgie Big Beat were shots in the dark, since established stations like KNX (in Los Angeles where this show emanated from) had an audience substantially older than the ones buying Rock n’ Roll records. But they tried anyway.

I’m not sure how long this show lasted, since this is the only example of the series which ran in 1956. Burgermeister Beer was sponsoring several other music shows on other stations, but they featured music more skewed to the older demographic.

But in any event, this was one attempt at a live Rock n’ Roll show with an in-house band headed up by King Porter (of King Porter Stomp fame) and featuring Jack (Open The Door, Richard) McVea on sax. Musical guests were The Platters, and even though they don’t sing live, there is an interview with Tony Williams, the group’s lead singer.

Considering that some of the smaller stations in Los Angeles were already running live shows from The Olympic Auditorium featuring some of the most innovative R&B Artists at the time, this show seemed like small potatoes by comparison.

But the mainstream has always been a little/a lot behind the times. And in 1956 it was no more evident than in Los Angeles.

Here is that Burgie Big Beat program, as heard on May 10, 1956 over KNX in Los Angeles.