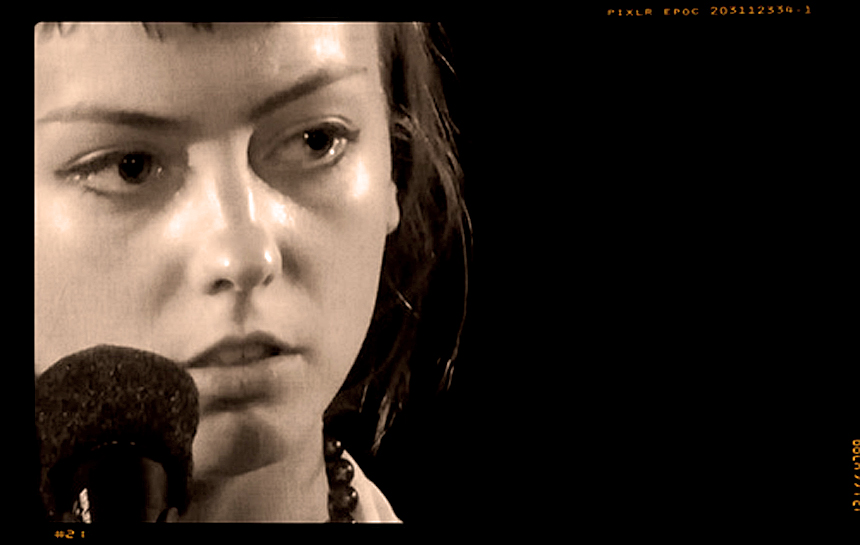 Angel Olsen - stirring up the pot - tossing in a few spells.

Angel Olsen – stirring up the pot – tossing in a few spells.

Breaking out from the ranks of backup singer for Cairo Band and Will Oldham, Angel Olsen has struck out on a solo career that, from the looks and sounds of it, is heading into high-gear very shortly.

With her second album, her first to feature a full band, Burn Your Fire For No Witness, getting ecstatic reviews, and what looks like a busy season touring, although no details have surfaced yet – it’s a safe bet she’s hitting the road shortly, it’s looking like a new and fresh face with a treasure trove of killer material and a luxuriantly hypnotic voice is poised to become a household name in 2014.

If you’re not familiar with her (she did do an NPR Tiny Desk Concert just a couple weeks ago), here is an intimate one-on-one concert/session she did for the Evening Pocket Music series of acoustic sessions recorded in Paris this past December.

I think you’ll find yourself listening to Angel Olsen more than once – and I suspect, like a lot of people, you’ll become a fan as well.

Fingers crossed – things are looking up.