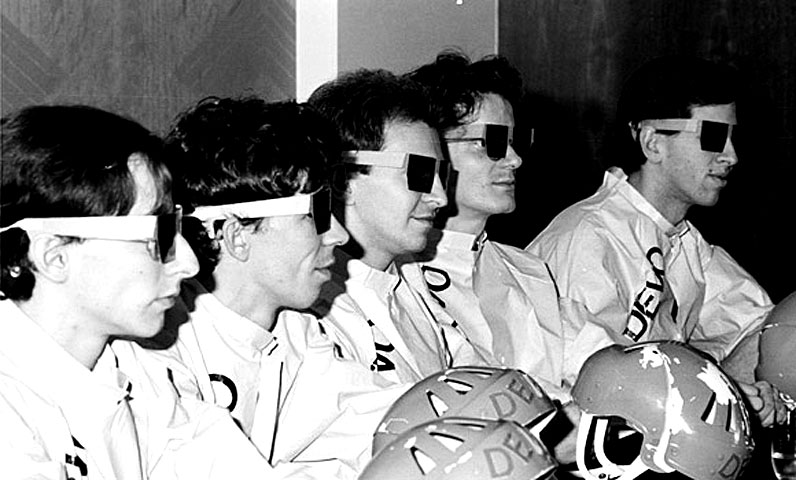 Devo - daring to be just a few degrees more different than the rest of the room.

Devo – daring to be just a few degrees more different than the rest of the room.

Another sad piece of news and another loss to the Music community. It was learned earlier today that Guitarist and founding member of the 70s band Devo Bob Casale passed away at 61 of heart failure.

Probably one of the more visible and influential bands of the 70s, Devo rode the crest of an enormous wave of popularity becoming synonymous with the often loopy, wildly creative period that came to symbolize the Post-Punk period in music.

Sadly, not the first member of Devo to have passed from the scene, drummer Alan Myers died earlier last year.

So by way of a request (thanks Devon Craig!) and as tribute to the frantic genius that was Bob Casale, here is a concert from 1978. Recorded live at The Walker Center in Minneapolis –  pure, classic, early, totally Devo.

It is suggested, out of respect, that you crank this one up and give a round of thanks to Bob for all the great licks and riffs.

He will be missed.