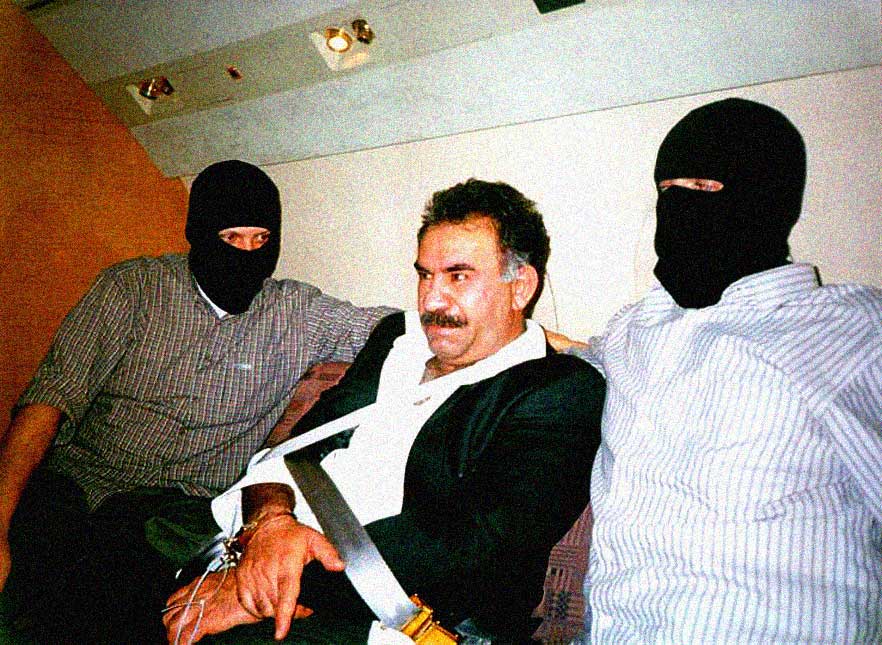 Abdullah Ocalan arrest in Kenya - An attempt to sweep things under a very large carpet.

Abdullah Ocalan arrest in Kenya – An attempt to sweep things under a very large carpet.

News for this day in 1999 was about the capture and arrest of Abdullah Ocalan, founding member of the Kurdistan Workers Party (PKK), who was seized by Turkish agents (with denied assistance from the CIA and the Mossad) while he was in custody at the Greek Embassy.

The incident sparked a wave of protests throughout the Middle-East and Europe. The PKK had been labelled a terrorist organization by the UN, the US and the EU and were headquartered in Syria. But as tensions were mounting in recent months between Turkey and Syria over Syria’s support of the PKK, a threat was issued from the Istanbul government that military force would be used if Syria didn’t expel the PKK. Bowing to pressure, the Damascus government issued Ocalan his eviction notice. Rather than hand him over to Turkey for trial, Ocalan was allowed to escape – first to Russia and then to Italy. While in Italy, the Turkish government sought extradition of Ocalan and it was while Ocalan was in Nairobi, heading to the Greek Embassy that agents seized Ocalan and transported him to Istanbul.

So the news was primarily about the world reaction to this series of events and what the future held for the now-imprisoned leader. Reports coming in during this broadcast disclosed three Cabinet Ministers from the Greek government resigned amid allegations they had mishandled the case.

Meanwhile, in Kosovo – Boris Yeltsin issued a warning to President Clinton not to launch airstrikes against Yugoslavia, even if the current peace talks fail. Telling President Clinton in a phone conversation, Yeltsin expressed opposition to military intervention and would not allow the Americans to touch Kosovo. The warning followed a White House decision to send over 50 additional aircraft including Stealth Fighter-Bombers to Europe in the event of possible airstrikes. It wasn’t entirely clear what exactly the Kremlin could do to stop such a move, and many considered it to be Yeltsin’s customary table-thumping style of the sound-and-fury kind.

Election season was in full-swing in Nigeria with a planned television debate turning into a farce, when one of the two Presidential candidates was a no-show. Organizers and panelists were visibly embarrassed by the absence of candidate General Obasanjo and no explanation was given. Politics is the same all over, it seems.

All that and so much more, crammed into this in-depth BBC World Service Newshour broadcast for February 18, 1999.

And you thought the world was mostly a quiet place all the time . . . ..