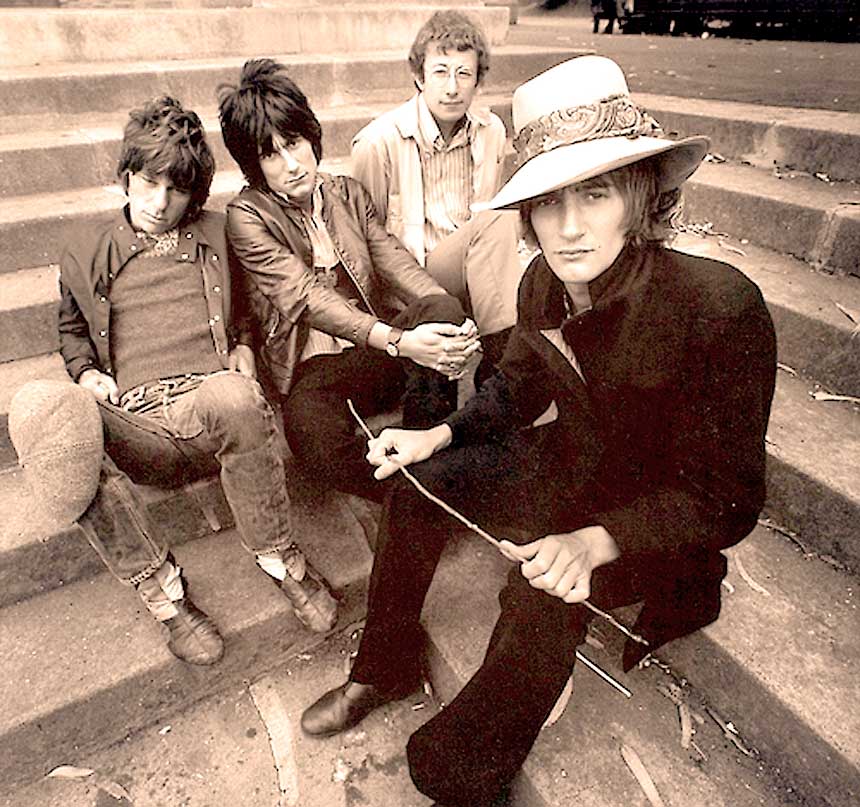 The Jeff Beck Group in 1968 - launching pad for a bevy of household names.

The Jeff Beck Group in 1968 – launching pad for a bevy of household names.

Sadly, not a very long concert (30 minutes), but one of the earlier and better sounding representations of a band which proved to be wildly influential, heading up by a guitarist, long-considered one of the greatest in the world.

The Jeff Beck Group came about as a result of the disintegration of The Yardbirds. Splintered and heading toward dissolving (and morphing into Led Zeppelin), Beck struck out on a solo career, assembling a band which would eventually result in the stepping-off place for a number of artists and launches of meteoric careers.

The 1968 incarnation of the band featured Rod Stewart on vocals, Ronnie Wood on Bass and Micky Waller on drums. Rod Stewart would become a household name in his own right, where Ronnie Wood would eventually land in The Rolling Stones where he remains to this day. Waller went off to be a well-respected session drummer before forming his own band  in the early 1980s, The Deluxe Blues Band before succumbing to liver failure in 2008.

This concert, broadcast live from The Fillmore West by pioneering underground FM Rock station KSAN, features the band during one of their first tours of the U.S., and was certainly a memorable occasion (having caught them during the Los Angeles swing of this tour), witnessing a band on the verge of exploding on the scene. This broadcast gives ample evidence why they were an almost instant success – and certainly proof that Jeff Beck has always been, and continues to be, one of the most eloquent and expressive artists in Rock.