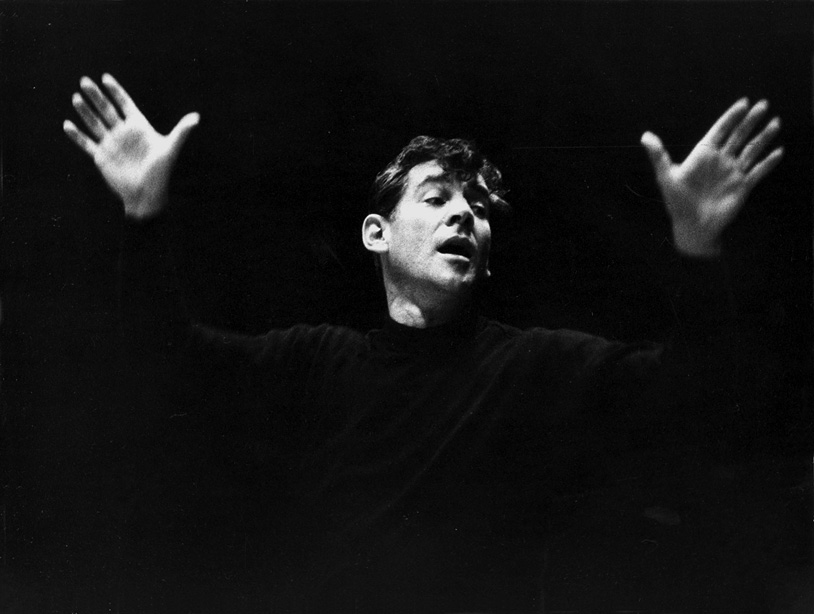 Leonard Bernstein - ever the pioneer - ever the bringer of new discoveries.

Leonard Bernstein – ever the pioneer – ever the bringer of new discoveries.

Another rare broadcast concert this weekend. Sadly, not complete and only two of the three pieces mentioned in the narration and introductory speech given by Leonard Bernstein. The occasion was shedding light on three “older generation” American composers who may not have been all that familiar to American audiences. The composers in question were Wallingford Riegger, John Becker and Carl Ruggles  – all of whom were in the audience for this concert.

And by way of giving the audience one big dose, Bernstein programmed all the three pieces to be played during the first half. The concert began with Wallingford Riegger‘s Music For Orchestra, followed by John J. Becker‘s Symphony Number 3 (Symphonia Brevis). The last piece, which isn’t included here because it wasn’t complete and the rest of the concert is missing, was Carl Ruggles Of Men And Machines.

The introductory speech by Bernstein is priceless. First apologizing to the audience for all “this Crazy Modern Music”and the “Crazy Modern Music” all in one big dose, and the fact that it may not happen again anytime soon (particularly since Carl Ruggles, the oldest of the three was 82 at the time and would pass on in 1961). In typical Lennie fashion, he makes the medicine fun to take, and the audience happily goes along for the ride.

So here are the piece by Rigger and Becker from that concert broadcast of October 19, 1958 – and perhaps one day I will find the rest of it.