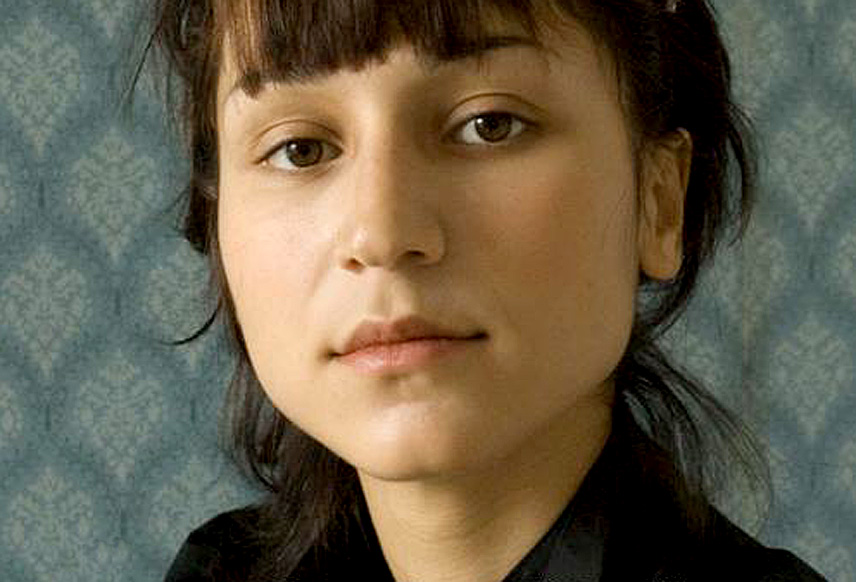 Laleh - mysterious, and wonderfully so.

Laleh And NONONO – Live At Radio Hall, Stockholm 2014 – Nights At The Roundtable: Rock Without Borders Edition

Judging from all the reports, the New Music scene in Sweden has been having a great couple years so far. Running the spectrum from Techno, New-Folk and Hard Rock, there’s a lot going on and much of it is quite good.

One of those collaborations, taking Techno and Dreamscape to lovely glacial places is the teaming up of Laleh and NONONO for this, presumably one-off, session for Sveriges Radio P3 recorded just last week (February 19th).

Laleh Pourkarim is an Iranian-Swedish singer-songwriter who, escaping the upheavals in the late 1970s, migrated from Northern Iran, first to Azerbaijan and then to Minsk before finally winding up at a refugee camp in Tidaholm, Sweden. She settled in Sweden where she grew up and discovered her love for music. Her self-titled debut album came out in 2005 to become a huge hit, earning her 7 Swedish Grammy nominations. She has gone on to record three more albums, as well as participate in the 2012 Nobel Peace Prize ceremonies, singing her hit “Some Die Young“. Rumor has it she is eyeing a project with Island-Def Jam in the States at some point this year.

NONONO are a Stockholm based trio who have only been together since 2012 and are already getting a huge following. Consisting of the production team of Astma and Rocwell, with singer-songwriter Stina Wäppling,they are getting ready for a U.S. tour this spring and are slated to play SXSW this year.

Tonight it’s Laleh and NONONO in session together. Hopefully, this collaboration isn’t a one-off and will make its way Stateside as part of the tour.

If not, enjoy this set of magical moments over and over.