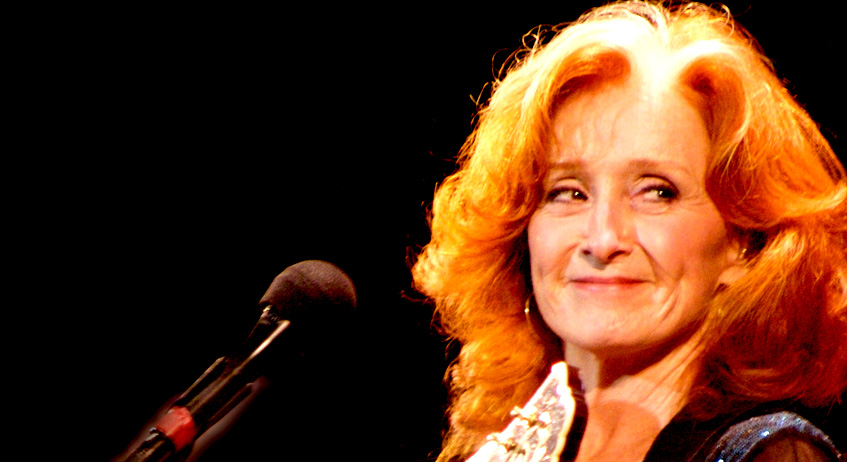 Bonnie Raitt - Showin' 'em how you do it.

Bonnie Raitt – In Session At The BBC – 2013 – Nights At The Roundtable: Mini-Concert Edition

Bonnie Raitt – Showin’ ’em how you do it.

Switching over to some Americana tonight by way of the inimitable Bonnie Raitt, recorded in session for BBC 4 in 2013, during the band’s highly successful European tour.

Bonnie Raitt has always been at the cornerstone of that Roots-Rock/Blues/Down-Home-Heartland Americana genre which has been an indelible part of our culture for a long time now.

No special effects, no frills, no pretense – just straight-ahead Rock and Blues with a side-order of Funk that have been so much her signature persona since her career began. It’s go-to music if you want it straight with no chaser, and it has served her well for a long and celebrated time.

With the recent resurgence in looking at things Roots and Americana of late, Bonnie’s career has had a second incarnation. And a whole generation of audience members who haven’t been that aware of her past work are treated to hearing her now, better than ever and at the peak of her talents.

If you aren’t familiar with Bonnie Raitt, or have heard about her but haven’t heard her in a live setting – this is a great introduction. Her band kicks ass (especially with my buddy Mike Finnigan on keyboards) and the energy is high.

I can’t think of a better opportunity to get acquainted.

Crank this one up and relax.