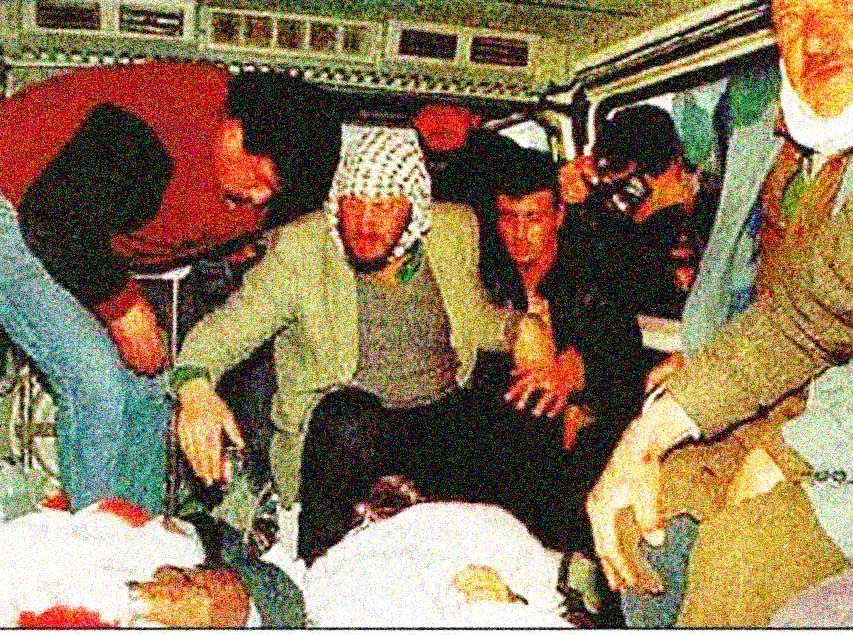 An incident by the unhinged and the derailment of a fragile peace.

An incident by the unhinged and the derailment of a fragile peace.

Another day in history where the cautious, fragile nature of things is upset by one senseless act. In this case, it was February 25, 1994 where a extremist-militant Jewish settler walked into an Arab Mosque in Israeli-occupied Hebron and indiscriminately fired, killing at least 40 praying Palestinians and wounding (by various accounts) some 270 before the gunman, 38 year-old American-born Jewish settler Baruch Goldstein, turned the gun on himself and joined the dead.

The incident sparked an outbreak of riots throughout the territory where an additional 19 Palestinian Arabs were killed by troops attempting to quell the riots.

Israeli Prime Minister Rabin immediately convened an emergency cabinet meeting and expressed condolences to those who were killed, calling the massacre a loathsome, criminal act. PLO Leader Yassar Arafat said the incident set the peace process back an undetermined distance. The White House issued a blistering denunciation of the killings, calling them a cowardly abomination that underscored a need for peace in the region.

And once again, fragile balance is upset by the insane.

In other news for this day 20 years ago. A high-level CIA team sent to Moscow to discuss the Aldrich Ames spy case was rebuffed by the KGB and sent home empty handed. The rebuff had some on Capitol Hill asking for the U.S. to suspect aid to Russia.

Meanwhile, another fragile peace in another part of the world appeared holding, if not tense. A ceasefire in Bosnia had gone into effect two hours prior to this news broadcast and – so far, so good. No fighting, but an air of thick tension was apparent. This, ahead of peace talks between the warring factions and Washington, set to begin the next day.

And the 1994 Winter Olympics were poised in anticipation over who would win the Gold in Women’s Figure Skating this evening, hot on the heels of the Kerrigan/Harding scandal which had taken so much attention and headlines the past few weeks.

But so much more went on, this February 25th in 1994, as reported by The CBS World News Roundup.

It was just one of “those kinds of days”.