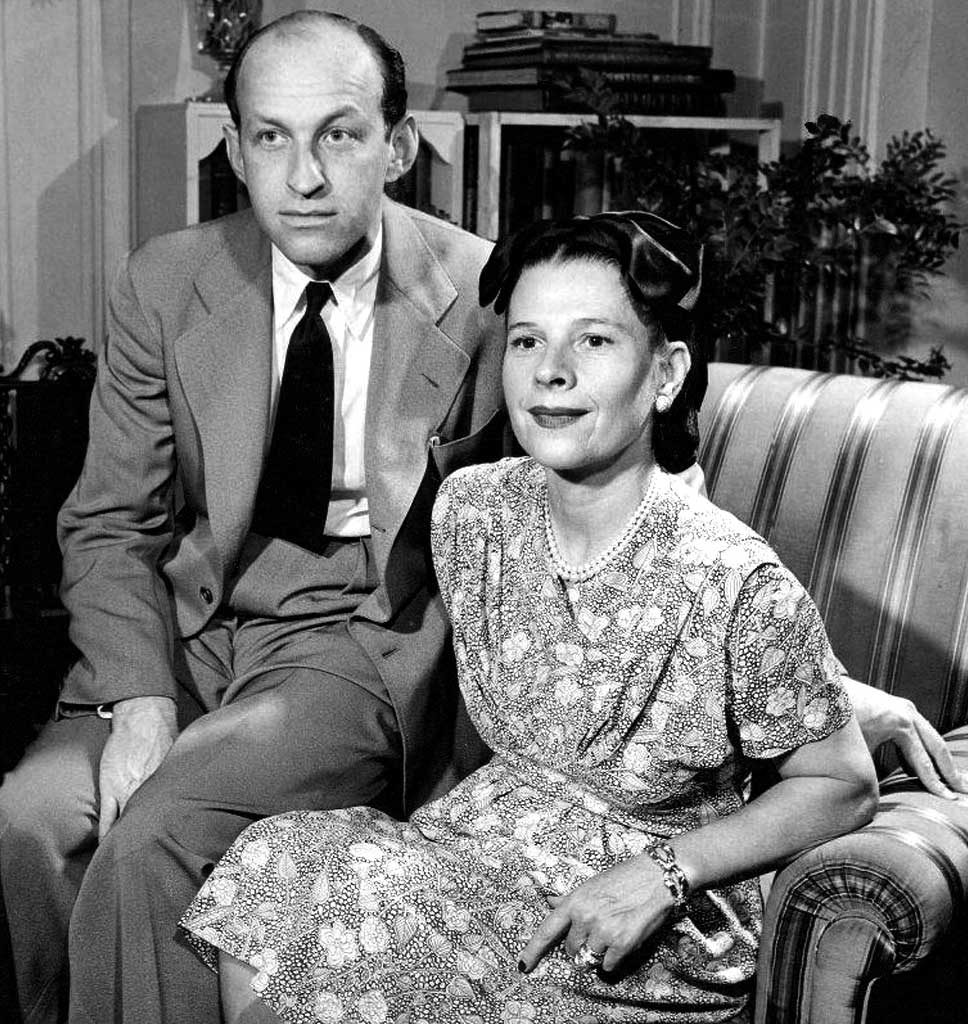 Since today is something of a celebration in the Film community (Oscars), I ran across this interview with the legendary screenwriter, playwright, novelist and Director Garson Kanin discussing his career and the publishing of his then-new book (in 1977), One Hell Of An Actor. He talks about his career as well as the subject of his book, the largely forgotten, but highly influential 19th century/early 20th century Theatre figure John J. Tumulty.

Kanin’s career began as an actor and musician, before finally making his directorial debut in 1936 with the play, Hitch Your Wagon. Kanin became a successful screenwriter, co-writing with Ruth Gordon, who also had a brilliant career on Broadway before meeting, collaborating with and marrying Kanin and becoming one of the great screenwriting teams of all time. Together they were responsible for the classic screwball comedies Adam’s Rib and Pat and Mike featuring Spencer Tracy and Katherine Hepburn.

Kanin’s big success was with his Broadway play Born Yesterday, which helped launch the career of Judy Holliday. The play was later turned into the movie, also featuring Holliday, fetching her an Oscar for her memorable performance. Kanin also wrote the successful biography/memoir Tracy and Hepburn in 1971 and several other novels.

Film and Theatre buffs know the name Garson Kanin very well. Since his death in 1999, his legend has faded somewhat over the years, but his stories reflect a watershed period of time for both Broadway and Hollywood and they are told with all the color and detail of someone who was right in the middle of it.

A good listen – and, from what I understand, One Hell Of An Actor is a good read.