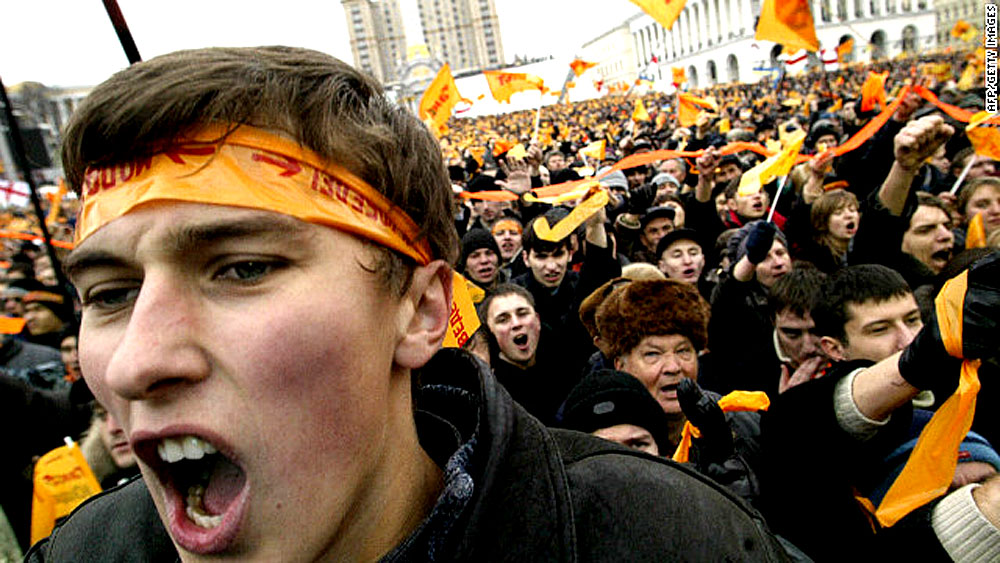 No stranger, it seems, to upheaval.

No stranger, it seems, to upheaval.

With fast-moving events taking place in the Ukraine these past few days, references have been made to another episode in the life of the Ukraine – this one was known as The Orange Revolution. It too had to do with political change and the protests erupting over what were considered rigged elections. The protests forced the initial election to be annulled and a new election was called. But that wasn’t until December.

Here are two sets of broadcasts – one via the BBC which spans the period of November 22 to December 2nd, while the protests were gathering momentum. The other broadcast is from Radio Ukraine, and in Russian and is from November 24th.

At the time of these broadcasts, the protests were underway and it wasn’t clear how they were going to end. But as we all know now, the new election swept Viktor Yushenko to power with 52% of the vote, compared to his opponent Viktor Yanukovych with 44%.

By 2010 that would change and Yanukovych would come to power – and four years later . . . .it’s all happening again. Only this time it’s violent and the stakes are higher.

But here’s a reminder of where things come from – and they don’t appear overnight. They fester for a long time and they are not new.

Enjoy history – it has the baffling ability to repeat. Sometimes often.