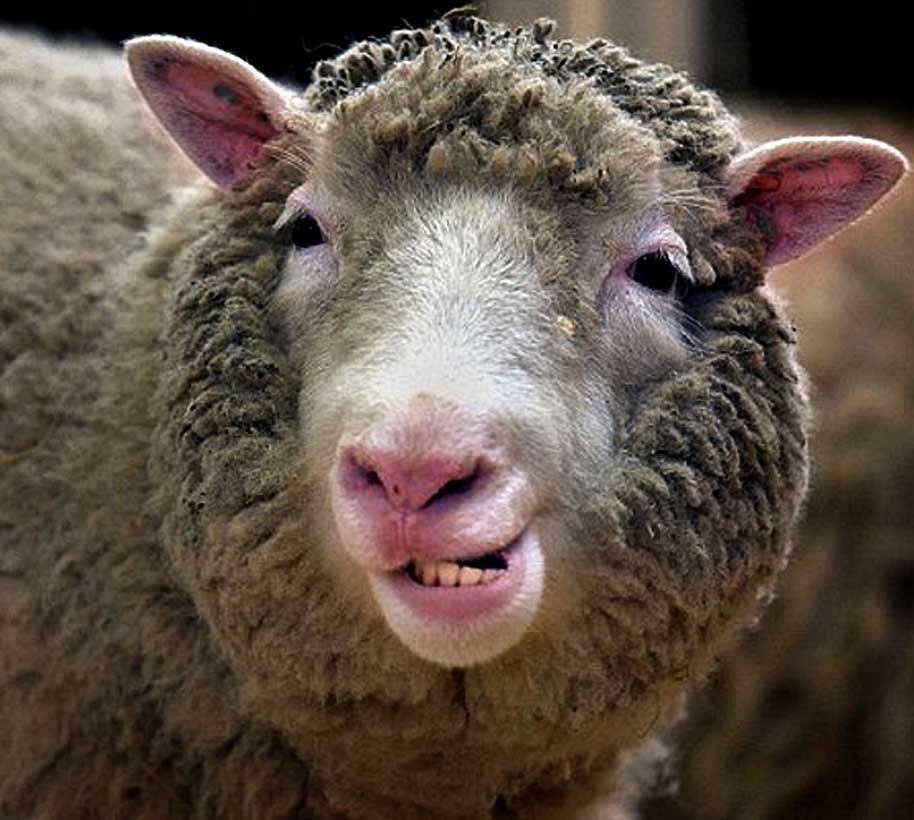 As long as Dolly didn't start wearing pants, it was okay.

As long as Dolly didn’t start wearing pants, it was okay.

From the White House came word of the banning of Federal funds for research in the area of Human Cloning. Ever since the revelation that a Sheep named Dolly had been cloned, the world of Science and Science Fiction went into overdrive with scenarios over the possibility of a human clone. President Clinton, making comparisons in potential between Cloning and the splitting of the Atom, urged caution on the part of the Scientific Community and asked the Private sector to do the same until further research and discussion had taken place. Even so, word came down of a new revelation, from the Neurosciences Institute in La Jolla, California that it was now possible to transfer instinctual behaviors from one king of animal to another by transplanting Brain tissue. In one experiment, nerve cells were taken from a chicken embryo were placed in Quail embryos, and before they died two weeks after birth, the Quail chicks showed head movements and crowing like a chicken.  Brave New World indeed.

Brave old world was news of flooding in the Ohio Valley, with swollen rivers overflowing banks and reeking havoc. But not as much havoc, it was speculated, as the Big Flood of 1964. Small comfort to those knee-deep in mud and water.

In Brave New Politics, another scandal was brewing. This time it had to do with First Lady Hillary Rodham Clinton and the encouragement of sharing White House computer information of Clinton supporters with the Democratic National Committee. It was the latest in revelations about potentially improper fundraising activities.

The Balanced Budget Amendment was  up for a vote – with one vote shy of going either way. More nail biting on Capitol Hill.

And that’s just a sample of what went on this rather fractured March 4th, also a Tuesday, in 1997 as presented by The CBS World News Roundup.