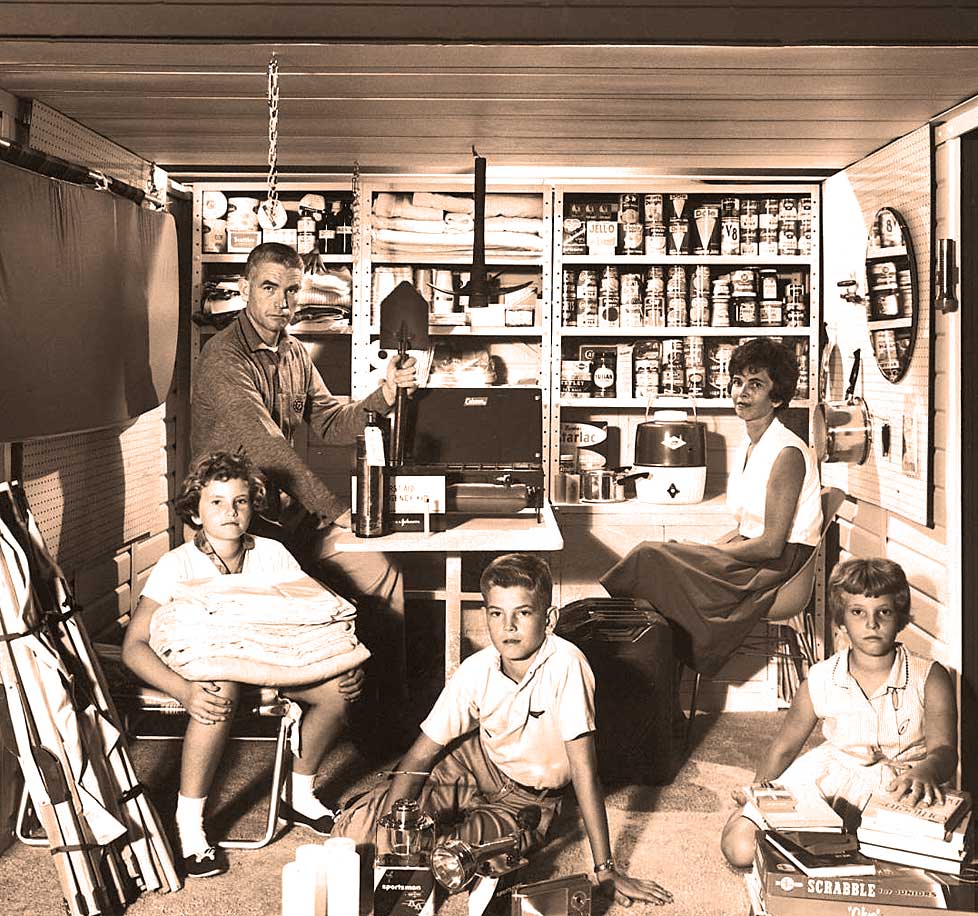 The Nuclear Family - in more ways than one.

The Wages Of Paranoia – Can Fallout Shelters Save Us? – 1961 – Past Daily Reference Room

The Nuclear Family – in more ways than one.

Click on the link here for Audio Player – The Open Mind – Can Fallout Shelters Save Us? – November, 1961 – Gordon Skene Sound Collection

The 1950s and early 1960s. A time of anxiety, dread, fear and paranoia. Fear of a nuclear war – one that would incinerate most of the worlds population in a matter of minutes. Anxiety that it would happen at any place, and at any time.  Dread that it would happen when we were away from home. Paranoia that those with fallout shelters would be overrun by panicked neighbors and relatives.

Definitely uneasy times. And it colored just about everything that went on in our lives. From “drop-drills” at school to monthly air raid warnings, to periodic tests of the Conelrad Early Warning System via our radios and TV‘s.

And the media. Everything geared to contemplation of the end of things and the overwhelming fear that, if we weren’t dead, we might be Red, just stoked an already inflamed society to the breaking point. Many of us were afraid to go to sleep at night, afraid we would be caught in an unannounced nuclear attack.

So it was no small wonder that Tranquilizers became huge business. Over-the-counter sleeping aids were flying off drugstore shelves and alcohol was the go-to elixir guaranteed to make the anxiety go away.

Beyond all that were the interview programs – figures in-the-know, the Scientific community, the politicians, all clamoring to toss their two cents in over what it was all about, how it was going to happen and how bad it could possibly be.

One of those programs was the weekly talk-show The Open Mind. This episode posed the question “Can Fallout Shelters Save Us?, and among the people with the answers was Norman Cousins.

When you consider that most Americans were convinced World War 3 was inevitable, and even more convinced it would be a Nuclear War, you get some idea of just how how fractured a society we became in a reasonably short period of time.

To prove that point – here is the episode of The Open Mind – aired in November 1961 entitled “Can Fallout Shelters Save Us?”