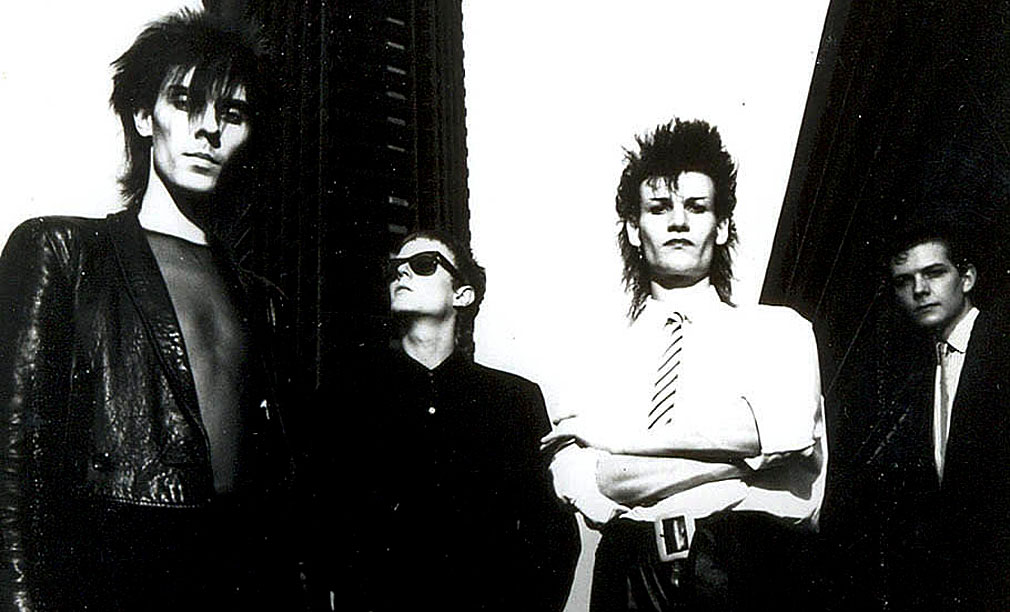 Bauhaus - generally considered to be the first Goth group.

Bauhaus – In Session – 1982 – Nights At The Roundtable: Session Edition

Bauhaus – generally considered to be the first known example of Goth.

Diving into a band some might find hard to place, but who were influential and very popular during their tenure. Bauhaus originally formed in 1979, known as Bauhaus 1919 before dropping 1919 and just going as Bauhaus.

They’ve been widely acknowledged as one of the first, if not the first Goth band, with dark, brooding songs and an other-worldly stage presence, Bauhaus became a sensation, albeit a somewhat minor one in the Pop scheme of things. They had a much bigger following among the underground audience that the mainstream one – which is no tragedy as far as Music is concerned. The band would go through a series of break-ups and reunions, only to break up again and get back together again. The up and down aspect of the life span of Bauhaus went from 1979-1983 (first incarnation), 1998 (second incarnation, not lasting the year) and finally 2005-2008 before calling it a day. During the first break-up, the members went on to various solo careers and forming Love and Rockets, which became a huge success in the U.S. while disappearing from view in the UK.

Tonight it’s a session during the tip-end of the first incarnation of Bauhaus, recorded by the venerable BBC for John Peel on March 13, 1982.

When asked, several people couldn’t remember Bauhaus or when they were active. They were a memorable footnote in the history of Pop Music. And their spirited renditions on this session, starting with Ziggy Stardust and ending with the immortal Third Uncle (originally by Phil Manzanera), give some indication of the range of talent this band had.

The rest is just history.