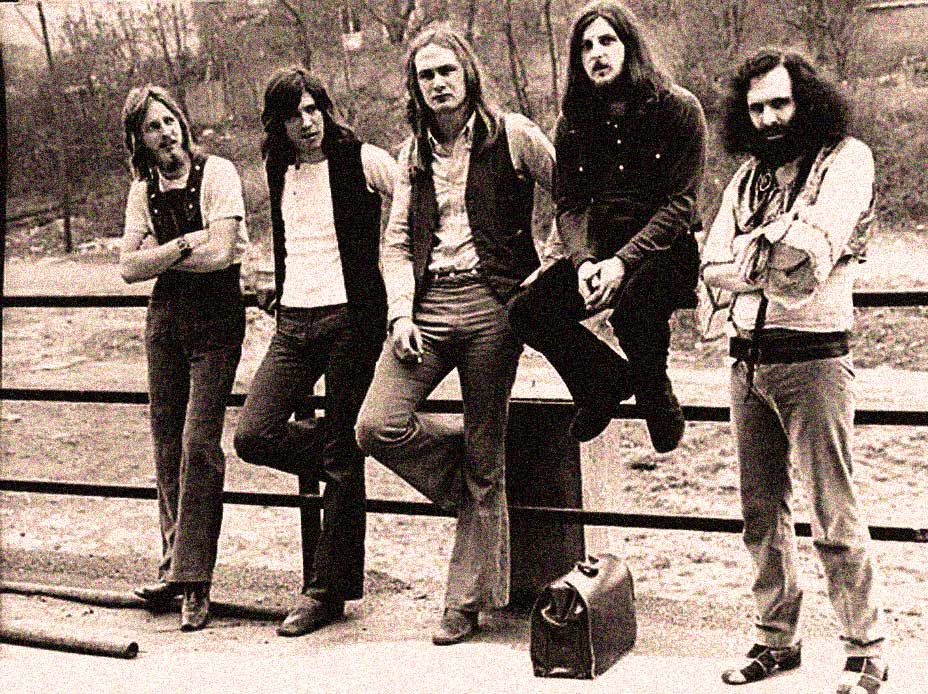 Doubtless, the name rings no bells, at first.

Doubtless, the name rings no bells, at first.

A name that probably doesn’t ring any bells with many people. Pete Brown is a poet, probably best known for his collaborations with Cream (most notably Jack Bruce) and several songs made famous by that supergroup. He continued collaborating with Jack Bruce after Cream had broken up and Bruce pursued a solo career.

From there on out it gets fuzzy, particularly if you weren’t a huge fan of the slowly-evolving British Prog scene in the late 60s/early 70s. Pete Brown was next involved with a band, one of the first to be signed on the fledgling Harvest Records label; Battered Ornaments. That lasted a little over a year before Brown went on to form Piblokto, also signed to Harvest Records and had two albums to their credit (Things May Come And Things May Go But The Art School Dances Goes On Forever – 1969 – Thousands On A Raft -1970)before Piblokto dissolved and Brown went on to other pursuits and collaborations.

Since that time, Pete Brown’s work, both with Battered Ornaments and Piblokto have found a new audience, and new fans. All the albums from both bands go for silly amounts of money on the collectors market and they have been re-discovered by many who were around at the time, but (as was the case here in the States) simply overloaded with albums and groups and Pete Brown’s more subtle and intricate work got a little lost in the shuffle.

But Pete Brown certainly isn’t shedding any tears over it. He has since gone on to other, greener pastures, primarily getting involved in Film and film scores, but also still keeping a foot firmly planted in music and is still active.

But tonight it’s one of the live sessions done by Pete Brown and Piblokto for French TV in 1970. A rare one at that, since there is precious little (if any) other live examples of this band to be had.

It’s a shame many of the lesser-known, but still influential bands aren’t that well represented in a live setting. Although their albums are quite good, hearing  Pete Brown and Piblokto in a live setting gives you some indication why, even though they were considered somewhat cult at the time, were a fine and underrated band.

Another one to play loud. And give a round of thanks to those French engineers who got it down on tape.