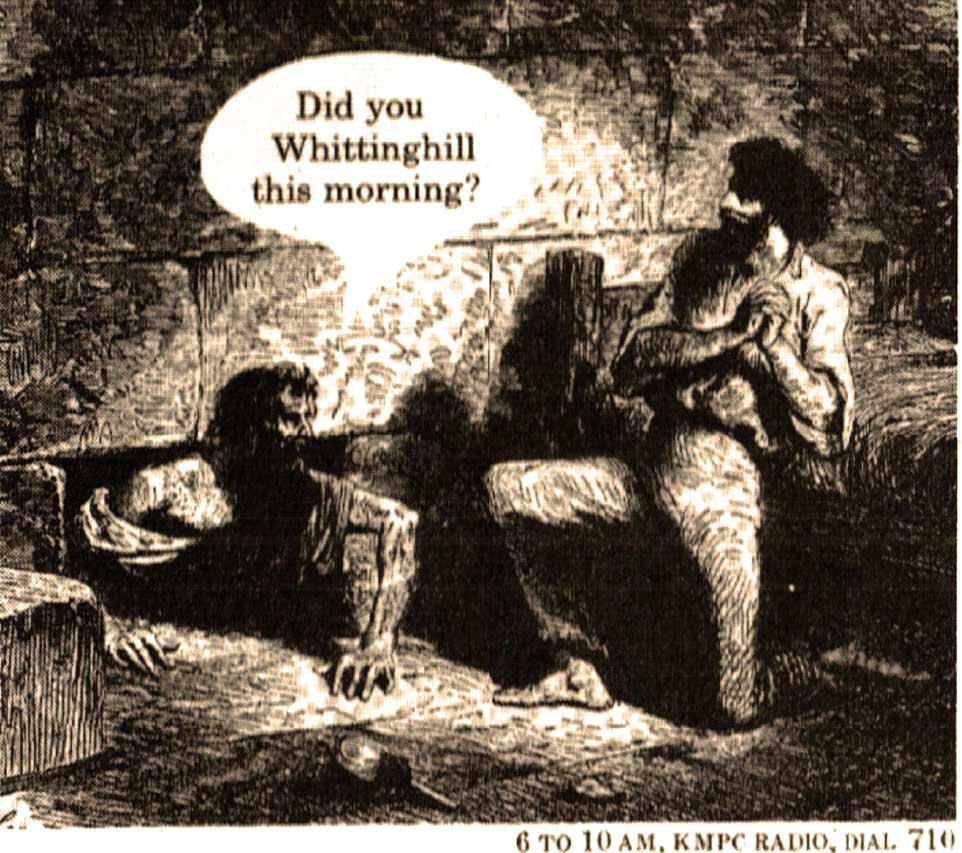 Even Bachelor Pad music had it's champions.

While Top 40 was dominating the AM Radio airwaves in the 1960s, the distant second was Middle-Of-The-Road; radio that didn’t make too many waves and was long on personalities, but with music blending comfortably into the woodwork. It was music to be listened at, not to. The Personality was the all-important ingredient.

KMPC (AM 710 in Los Angeles) was probably one of the best known of the Middle-Of-The-Road radio stations. It was the quintessential Bachelor Pad music – Catering to the 3-Martini lunch crowd, the Mad Men genre, the slightly-too-old-to-wear-bell-bottoms-but-too-young-not-to-try demographic, KMPC juggled frothy banter with a mixture of Sunshine Pop and sanitized versions of hits. But rather than toss nameless music at its audience, the KMPC Personalities took pains to let people know who was singing and playing what, along the same lines a Jazz DJ would take great pains mentioning musicians and album numbers. It was a way to add legitimacy to the music they were playing. In many cases, quite a number of respected Jazz figures wound up being featured on KMPC playlists. Artists such as Wes Montgomery and Jimmy Smith would routinely be heard on a KMPC broadcast – so to say KMPC was playing strictly “elevator music” would be short-changing an attempt at broadening musical tastes here and there. Nothing radical to be sure, but a concerted effort to be Hip-light.

One of the mainstays of the morning shift was Dick Whittinghill. Starting with the station in the 1950s and going all the way into the late 1970s, Whittinghill was one of the Personalities that helped make KMPC the popular station it was at the time.

As you may have noticed by now, popular culture was a melting pot of all sorts of elements. Some pioneering and cutting-edge, but most were benign.

Note: While I was preparing this post, I learned of the sudden death of another KMPC Personality, Geoff Edwards – I will run one of his broadcasts from KMPC as tribute.