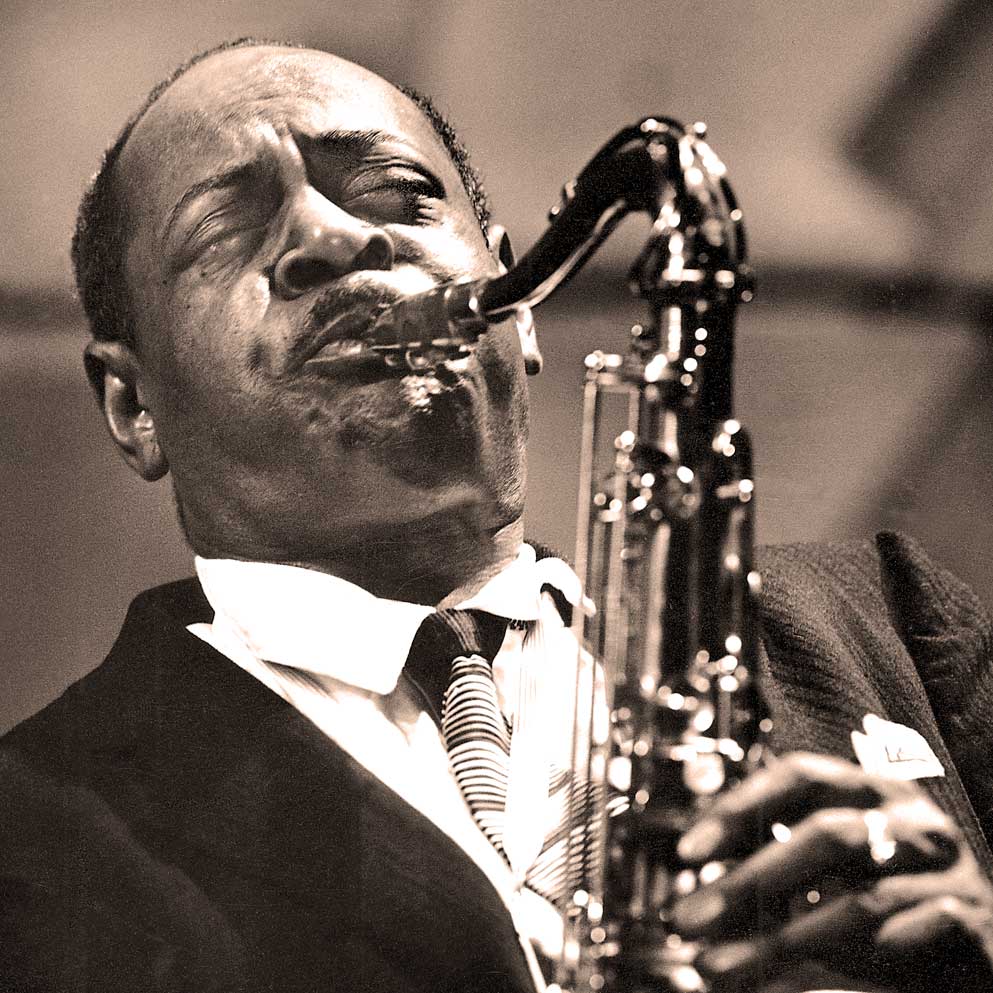 The premier broadcast of what was to be a weekly series of concerts and live dates from the world of Jazz, featured an all-star assembly led by Coleman Hawkins and featuring Howard McGhee on trumpet, Johnny Smith, guitar – Eddie Safranski, bass – Morey Feld on drums, Bernie Leighton on piano and Thelma Carpenter on vocals.

In retrospect, it’s amazing how many hours a week the commercial radio networks devoted to Jazz. Compared to the fact that virtually none are anywhere to be found today – the remaining remnants via the rare NPR broadcast.

But in the 1950s it was a different story. Even as Network radio was in the death throes with the growing popularity of Television, there was still plenty of room to explore what was going on in the changing music scene. And this premier broadcast, coming from the Theatre DeLys in Greenwich Village and broadcast on October 4, 1952 gave evidence things were still popping.

. . .and a few notes from the legendary Thelma Carpenter.