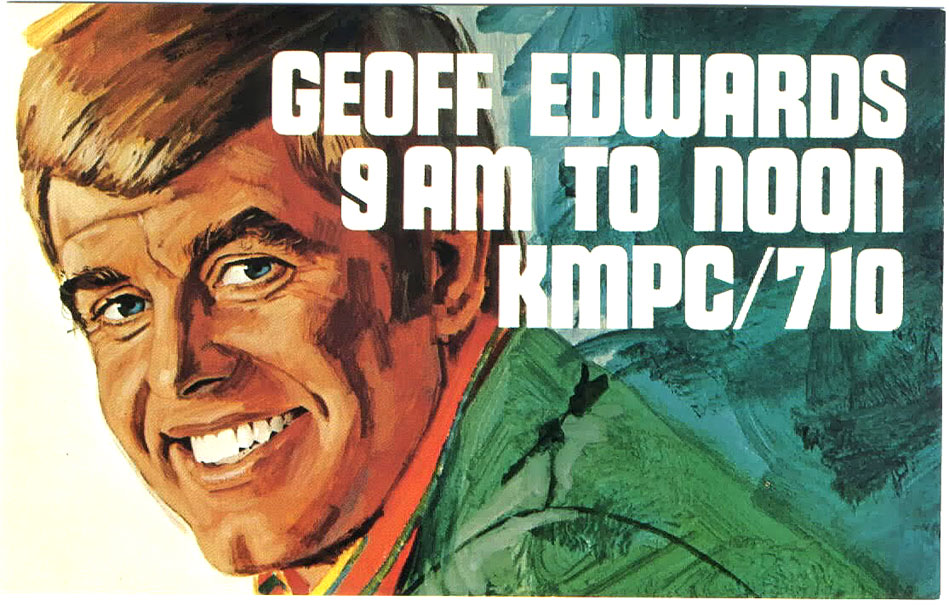 Ironically, as I was putting together the previous post on Personality Radio of the 1960s featuring KMPC‘s Dick Whittinghill, I had learned of the sudden death of another huge personality from the very same radio station, Geoff Edwards.

Probably best known in recent years as a TV Game Show Host, Edwards was another mainstay of AM Radio in Los Angeles from the 1960s until his departure from KMPC in 1979.

As a tribute to his memorable personality and his many years as one of the top voices of radio in Los Angeles, here is a one hour excerpt of one of his last shows on KMPC, as originally broadcast on November 27, 1979.

RIP Geoff Edwards – you were one of the undisputed greats.