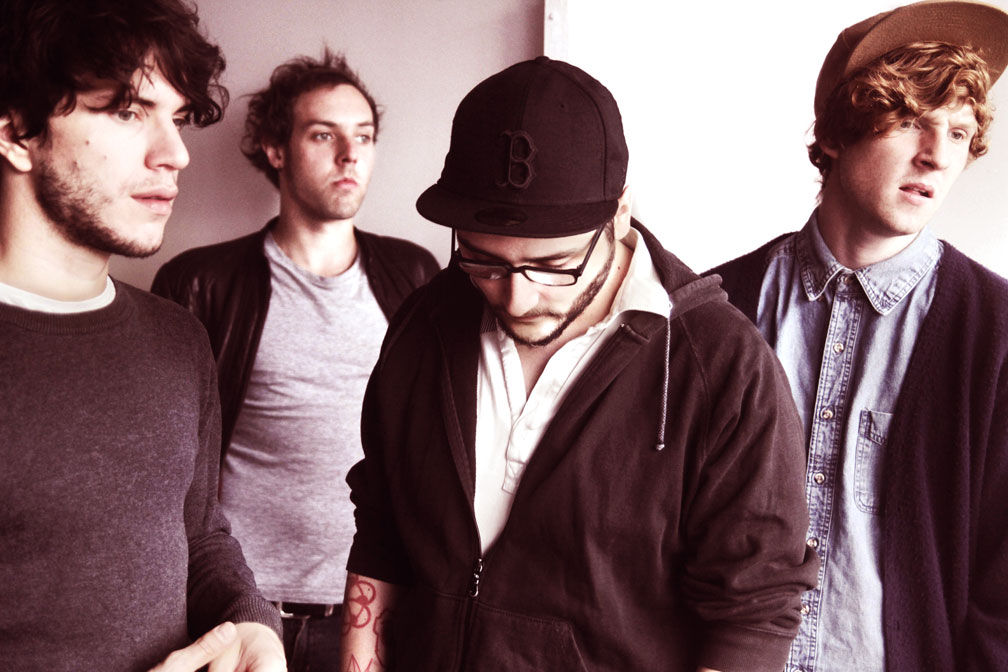 Starting in 2007, but not actually becoming a group until recently, British Alternative/Indie/Experiment band Breton (named after Dada/Surrealist Andrè Breton) began life as a multimedia Artist collective, working on remixes of other bands such as Alt J, Tricky and Local Natives.

But they decided to come together as a band in 2011 released their debut album Other People’s Problems early in 2012.

For most of 2012 and 2013 they’ve been gigging around Europe, eventually relocating to Berlin to record their follow up album, after learning their studio in London was earmarked for demolition.

Their latest album, War Room Stories was released in February and tonight’s concert is part of the tour promoting their new album.

Recorded during the Route de Rock Hiver (Winter) festival at Rennes, France this past February 22nd.

FYI – Breton are scheduled to play SXSW on March 14th and continue around the U.S., hitting various towns throughout the Summer.

So catch them if you happen to be in the neighborhood. In the meantime, check them out here.