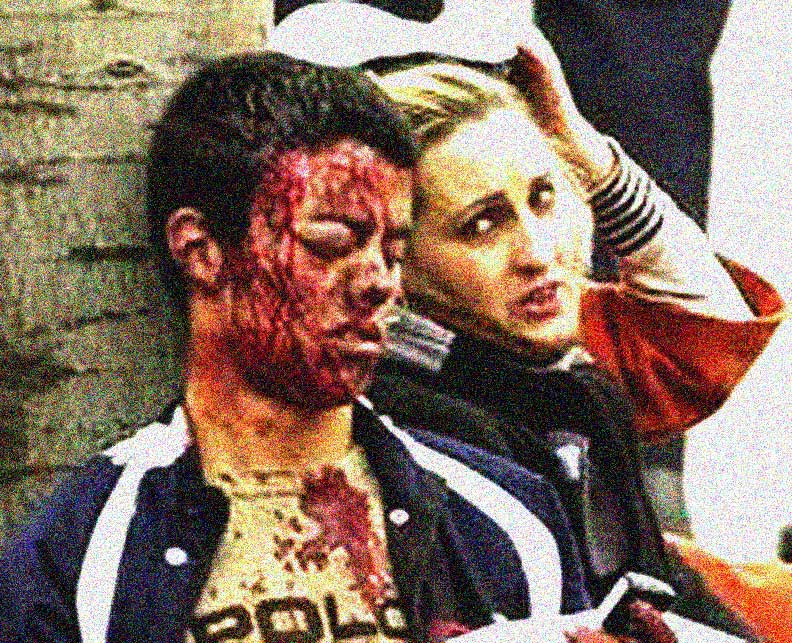 Grief would forever be known as 11-M.

Grief would forever be known as 11-M.

Ten years this day, a terrorist attack claimed 191 lives and wounded some 1,800 more when ten explosions went off on four commuter trains heading into Madrid at the height of morning rush-hour. The incident, dubbed 11M immediately raised suspicions it was the work of Basque Separatists ETA, coming three days ahead of general elections in the country. But as the hours went by, a more sinister and deadly scenario emerged. It was believed to be the work of al-Qaeda, and the bombs were suspected to be part of a carefully orchestrated terror attempt at derailing Spain’s involvement in the Iraq War.

The first explosion occurred a Atocha Station, a suburb on the outskirts of Madrid. Within seconds, another bomb went off on a train just leaving El Pozo del Tio Raimundo station, also heading to Madrid. At the same time another bomb went off on a train leaving Santa Eugenia Station. And less than a minute later, four additional bombs went off at Atocha. By the end of the day, it was the worst terrorist attack Spain had witnessed, with the highest number of victims claimed, far surpassing a previous terrorist bombing in 1987, where some 21 had died, as the result of an ETA bombing of a supermarket in Barcelona.

Here are the initial bulletins, by way of BBC Radio 4’s Today Program, followed by a Special Report (In French) from Radio France International on March 11th, ending up with a recap of events and observations on the coming election from RNE Radio 5 in Madrid (in Spanish) on March 12th.

By all accounts and recollections, a horrific week.