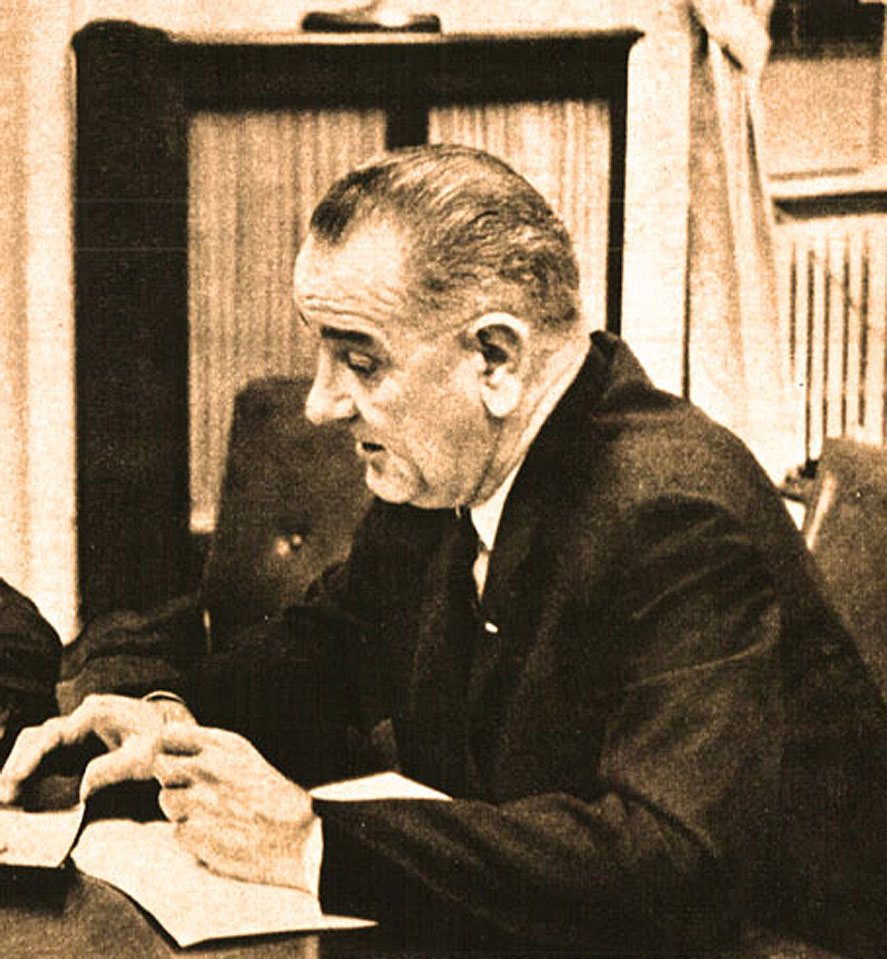 Continuing the legacy left by JFK.

Continuing the legacy left by JFK.

With a legacy started by President Kennedy, and beginning with the Civil Rights Act of 1964, President Johnson began his first official term of office by continuing to introduce sweeping measures in the area of Civil Rights.

On March 15th, 1965, President Johnson introduced the Voting Rights Act of 1965, designed to eradicate racial discrimination in the area of Voting.

President Johnson: “I speak tonight for the dignity of man and the destiny of democracy.

I urge every member of both parties, Americans of all religions and of all colors, from every section of this country, to join me in that cause.

At times history and fate meet at a single time in a single place to shape a turning point in man’s unending search for freedom. So it was at Lexington and Concord. So it was a century ago at Appomattox. So it was last week in Selma, Alabama.

There, long-suffering men and women peacefully protested the denial of their rights as Americans. Many were brutally assaulted. One good man, a man of God, was killed.

For the cries of pain and the hymns and protests of oppressed people have summoned into convocation all the majesty of this great Government—the Government of the greatest Nation on earth.

Our mission is at once the oldest and the most basic of this country: to right wrong, to do justice, to serve man.

In our time we have come to live with moments of great crisis. Our lives have been marked with debate about great issues; issues of war and peace, issues of prosperity and depression. But rarely in any time does an issue lay bare the secret heart of America itself. Rarely are we met with a challenge, not to our growth or abundance, our welfare or our security, but rather to the values and the purposes and the meaning of our beloved Nation.

The issue of equal rights for American Negroes is such an issue. And should we defeat every enemy, should we double our wealth and conquer the stars, and still be unequal to this issue, then we will have failed as a people and as a nation.

For with a country as with a person, “What is a man profited, if he shall gain the whole world, and lose his own soul ?”

This was the first nation in the history of the world to be founded with a purpose. The great phrases of that purpose still sound in every American heart, North and South: “All men are created equal“—”government by consent of the governed”—”give me liberty or give me death.” Well, those are not just clever words, or those are not just empty theories. In their name Americans have fought and died for two centuries, and tonight around the world they stand there as guardians of our liberty, risking their lives”.

It was another step in the direction of righting decades of wrongs. There was still a big fight ahead. 1965 was heating up and it would be the Spring before a very long, hot summer.

But it was a start.

Here is that complete address, as delivered to Congress on March 15, 1965