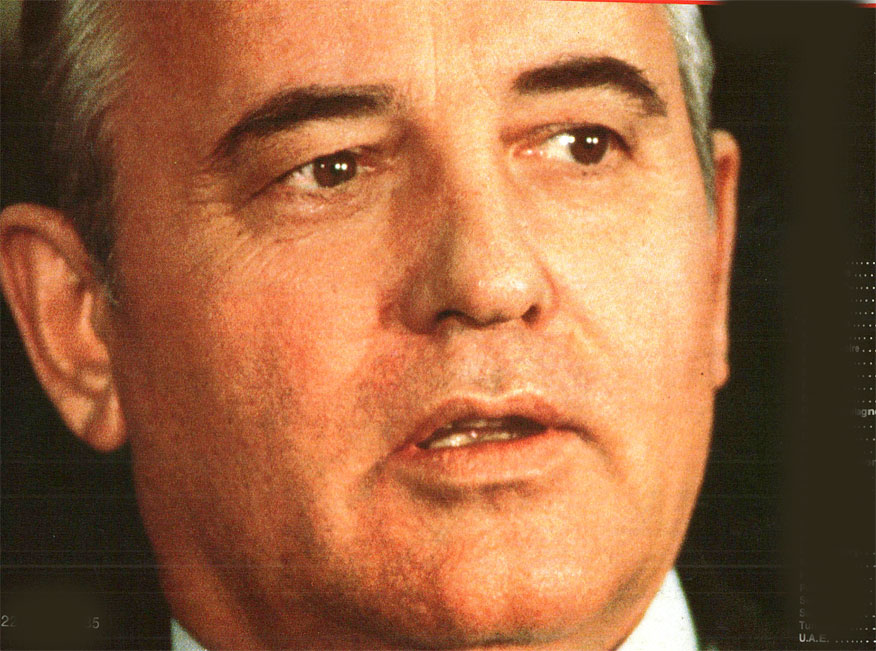 Mikhail Gorbachev - the new kid on the block.

Mikhail Gorbachev – the new kid on the block.

This day in 1985 started with a funeral. Soviet Premier Konstantin Chernenko, after only 13 months in office, had died. His successor, a relative unknown (to all except a few Russia-watchers) by the name of Mikhail Gorbachev,  who was General Secretary from 1981 until his appointment to lead the Soviet Union.

On hand for the State Funeral was vice-President George Bush who handed the new leader a note from President Reagan, and there was speculation an invitation was in the offing for a visit to Washington by Gorbachev. Almost immediately after the funeral, Gorbachev engaged in talks with Margaret Thatcher, Francois Mitterrand and a host of other Western leaders, trying to get a sense of what was in store.

It would be an interesting ride, but no one knew that at the time.

Meanwhile, the world groaned on. Earlier in the day, Israeli planes attacked a guerrilla base in Central Lebanon, hitting several key targets on the road between Beirut and Damascus. The political situation in Lebanon was rapidly deteriorating with President Gemayal holding emergency meetings to control a widening rebellion against his authority, with several Christian factions pledging allegiance to  Gemayal’s adversary. Israel, on the other hand, wasn’t serving from it’s intention of leaving Southern Lebanon, even though things were rapidly spiraling out of hand.

And another war was going on – this one between Iran and Iraq. Despite a brokered ceasefire, Iraqi missiles attacked four Iranian towns and the Iranians responded by vowing to fight back. So much for peace.

Back home – Texas went ahead with the execution of Stephen Morin, who was convicted in the murders of Janna Bruce and Sheila Whalen and accused of murder in several more cases.  Since Morin was a drug user, it took some 50 minutes in order to find a suitable place for the lethal injection. After finding a good vein, it only took 3 minutes for the execution to be over.

And in New York, the case of Bernhard Goetz, dubbed “The Subway Vigilante” who gunned down four youths on a Manhattan subway was heading to a new Grand Jury. A previous Grand Jury had refused to indict Goetz on anything more serious than an illegal weapons possession charge. Despite outcries from the Defense that the District Attorney was bowing to pressure to re-open the case, Manhattan D.A. Robert Morgenthau denied the allegations, citing new evidence had been uncovered in the case.

And that’s just a sampler of what happened, this roller-coaster day on Planet Earth, as reported by The CBS World News Roundup for March 13, 1985.

A veritable who’s who at the Chernenko Funeral.