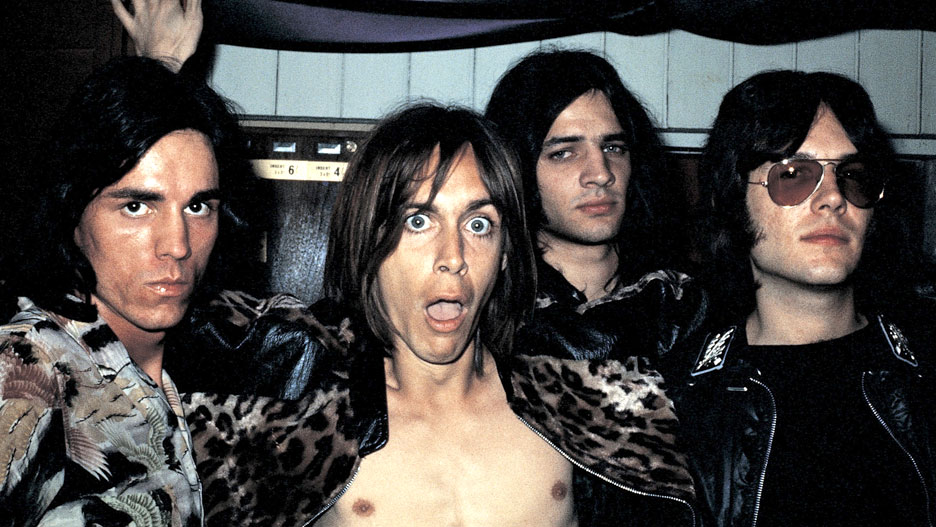 The Stooges with Iggy Pop (Scott Asheton in back) - loudly dismissed at first, wildly influential in the end. RIP - Scott Asheton.

The Stooges with Iggy Pop (Scott Asheton in back) – loudly dismissed at first, wildly influential in the end. RIP – Scott Asheton.

More sad news to report, this Sunday Night. It was learned earlier today that Stooges drummer, co-founder and inspired driving force Scott Asheton, died of undisclosed causes at the age of 64. He had been in ill health since 2009, initially suffering a stroke which forced Scott to bow out of touring with the reunited band.

As a tribute to the memory of Scott, I thought I would run one of the first concerts given during the time of their reunion. Having triumphed at Coachella earlier in the year, they went on tour, and this concert from City Park in New Orleans catches them very much on fire.

When Iggy & The Stooges (or simply The Stooges) first came on the scene in the late 60s, they had very few fans and even fewer critics who liked them. They were often derided as being a bunch of no-talents, and the sheer audacity it took to overcome that was clear proof that, if you believe in something and hammer away at it, you are bound to be recognized for your efforts sooner or later. In the case of The Stooges it was the foundation for the Punk Movement, and their influence would be very on several continents in the later 70s.

I also wanted to include a note sent by my friend and colleague Anna Granfors, who is not only a blogger in her own right, but also happens to like Past Daily (I’m relieved and glad!) – I think what she had to say pretty much sums it up:

I lived in Ann Arbor until 1980, and knew Scott (as much as a fan can know someone) from the Stooges and Sonic’s Rendezvous Band. Iggy posted the sad news about an hour ago on the Iggy/Stooges Facebook page. I guess it shouldn’t come as a surprise, given his 2011 stroke and subsequent ill health (he wasn’t playing live with the band any more), but it was, and it devastated me.
I bought some used records from him once (treasures–a signed UK mono “Fresh Cream”, mono Stones, and many others) that he was selling for a friend…Scott Richardson (from SRC), who’d moved to California and was kind of down and out. We got on fine until I told him how much I loved “Raw Power“…at which point he turned almost insane, railing against Bowie who “ruined the record”…and all this about an inch away from my face. I eventually calmed him down and ushered him out the promptly locked door. But later, Scott Morgan (Rationals/Sonic’s Rendezvous), who *was* a friend of mine would always invite me to the downstairs dressing room at Second Chance (SRB’s home club), and it being the late 70s, I found myself doing lines with the rest of the band sitting next to Asheton and praying he wouldn’t remember me complimenting “Raw Power”.
***
Anyway, from the first time I heard the Stooges until the last time I saw Sonic’s band, this insanely great drummer was part of my musical life, and I’m still trying to hold the tears back–both for him, and for a musical moment in time that we’ll never see the likes of again.
I doubt you have any audio of the Stooges or SRB, and perhaps they were never your musical cup of meat…but I just thought I’d share the sad news.

Thanks Anna, for the kind words and heart-felt thoughts.
And now to the music.