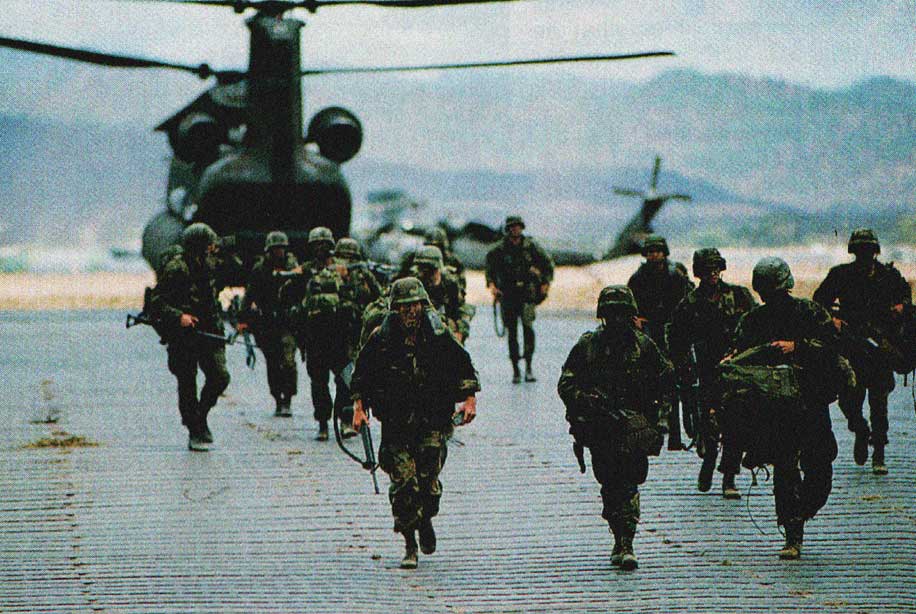 "We're from the Government - We're here to help."

“We’re from the Government – We’re here to help.”

This St. Patrick’s Day in 1988 was greeted with news of another military incursion in Central America – this time it was Honduras with 3,500 U.S. troops busily swarming ashore in what the Reagan White House assured everyone was “a request of the Honduran People“, and that Military spokespersons said the action was “routine”.

However, Nicaragua had a different take on it, denying they had sent troops to invade Honduran positions set up inside Nicaragua and this Military “exercise” was a pretext to invade Nicaragua.

Speculation on Capitol Hill was something fishy had taken place, and the White House allowed only photographers and Irish reporters (being St. Patrick’s Day and all . . ) at Reagan functions on this day, with no questions being asked. It was widely thought that the military incursion was an excuse to secure military aid to the Contras, and there was no justification for the U.S. to send in troops. It was also speculated that additional requests for aid would be turned down, as they had been two weeks earlier. Ironically, the arms dealers suspected in shipping weapons to the Contras, as well as Admiral Poindexter and Col. Oliver North, who were indicted a day earlier in the Iran-Contra Scandal, were ordered to appear for arraignment on March 24th. As expected, the indictments were highly controversial and there was political fallout as a result. Oh, the ironies . . .

Things were also tense in Panama, with troops called out in the wake of riots the previous day, and the failed coup attempt to topple the Noriega regime.

In South Africa – a court granted a stay of execution for the Sharpeville 6, who were slated to be hanged the following day following revelations that an eyewitness to the lynchings had lied under police threats.