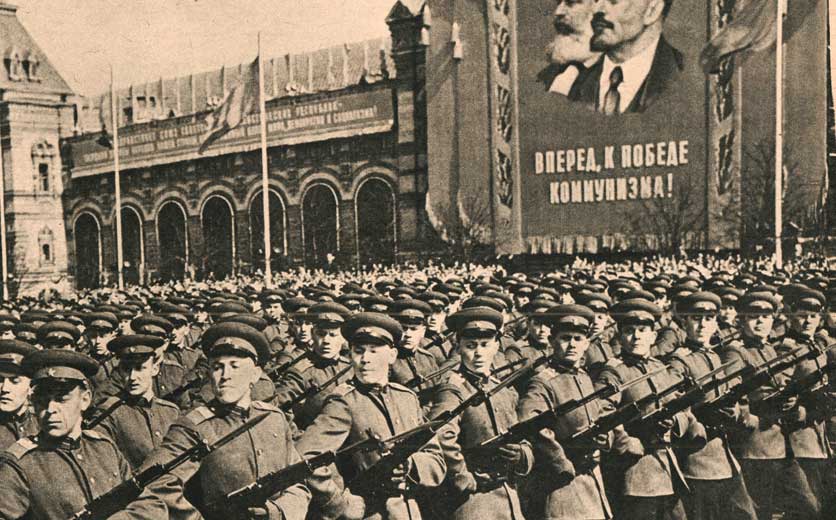 The subject at hand, and was it going to get any better?

The subject at hand, and was it going to get any better?

If you can: Become a Patron!

At the time of this broadcast, March 18, 1958, the Cold War had been going on for some 13 years. Glimmers of hope every now and then, thaws in frozen relationships, but some incident always set the agitation back, some change of political heart, some pressure.

In 1958 though, there were signs of thaws, an easing of tensions. Nikita Khruschev had actively denounced Stalin and was engaging in reforms which led to a liberalization of the Arts and allowed Russians to travel abroad, beginning in 1957. In 1958 there was talk of a summit meeting, but more importantly, there was also talk that the West was falling behind in technological advances. The Space program was certainly high on the list. Was the West, in fact, losing the Public Relations battle with the Kremlin? It was a matter of deep soul-searching for the West as to just where the Cold War was heading.

So, for this episode of the CBS News program Radio Beat, a panel of political experts were assembled to discuss the issues facing the West. Taking part in the discussions were Adlai Stevenson, former Presidential candidate in 1956, Hugh Gaitskill, former leader of the British Labour Party and former French Premier Pierre Mendes-France.

For the next hour the three, by way of a Trans-Atlantic circuit, debated the issues as they pertained to each representative’s country and how those positions impacted the rest of the world as a result. It was lively and argumentative at times, and one which would be good to have right about now. From a technical standpoint, it was the first such broadcast of its kind; a three way conversation from various points on the globe.

Here is that one-hour discussion, as it happened on March 18, 1958 from the CBS Radio program Radio Beat: Our Position Versus The Russians.